Home science The catastrophic floods in Germany are new 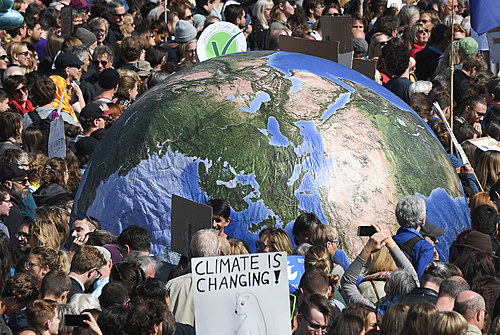 More than 160 deaths have been confirmed in Germany and 30 in neighboring Belgium following last week’s devastating floods. The Netherlands and Switzerland were also affected. Heavy rains caused rivers and dams to overflow, and floods caused strong currents, dragging cars and destroying homes.

In recent weeks, Germany has recorded significant differences in climate, with high temperatures Drought was followed by heavy rain. Until a catastrophic flood swept through West Germany and neighboring countries.

Experts say extreme weather events like these, which used to happen once in every generation, could happen more often in the future and with greater intensity — a sign of the effects of climate change.

“Usually we only see a climate like this in winter,” said Bernd Muhlig, an environmental official in the state of North Rhine-Westphalia, one of the regions hardest hit by the recent disaster in Germany, along with the Rhineland-Palatinate.

“Something like this, with this intensity, is completely unusual in summer,” he told WDR.

“This is the new normal,” said Johannes Coas, a meteorologist at the University of Leipzig. “Climate change is also changing the definition of normal climate. We are slowly approaching a new normal that includes different patterns of precipitation.”

A temperature increase of one degree Celsius increases the air’s ability to hold moisture by 7%. Rising global temperatures are also causing faster evaporation on land and at sea – causing more intense rainfall events and stronger storms.

“The rains we’ve seen in Europe in recent days are extreme weather conditions, the intensity of which is being enhanced by climate change – and will continue to gain momentum with further warming,” said Frederic Otto of the Oxford University Institute for the Environment. they change.

The German Weather Service (DWD) said heavy rainfall events are becoming more intense as temperatures rise. However, DWD notes that there has been a greater increase in winter temperatures and that the picture is still not clear for the summer months, when severe storms occur.

A study of heavy rainfall during the summer of 2013, which led to severe flooding in the Danube and Elbe rivers, did not determine the impact of climate change. DWD said it can’t say whether global warming has caused the recent floods to intensify until such a study is done.

Two weeks before the floods, research by a group of scientists in the UK found that global warming will increase the likelihood of heavy rains in Europe.

The study notes that due to the lower temperature difference between the poles and the tropics, storms are moving more slowly than they did last summer. This may lead to heavy rains in a particular area and increase the risk of flooding.

According to the study, slow-moving storms – once an unusual occurrence in Europe – could occur an average of 14 times across the continent by the end of this century.

See also  With greater availability, countries are leaving aside Chinese vaccines and giving preference to immunity from Europe and the USA

Read also: Overexploitation and no taxation: Who is Jeff Bezos, the billionaire who went for a space walk

When soil and drainage systems cannot absorb water quickly or when factors such as urban development prevent rain from dissipating, there can be heavy flooding and significant damage.

Predicting extreme weather conditions isn’t difficult, Quaas says, but it’s still nearly impossible to accurately predict where the storm will drop significant amounts of rain and which areas will be affected the most. He points out that this makes it difficult for communities to prepare for disasters and mitigate losses.

Furthermore, as vegetation cover and other land barriers have been destroyed as a result of changing temperatures and climate patterns, many areas of natural flooding have disappeared.

The meteorologist concludes, “As long as we keep emitting carbon dioxide, we may continue to see heavy rains like the one that happened recently.”