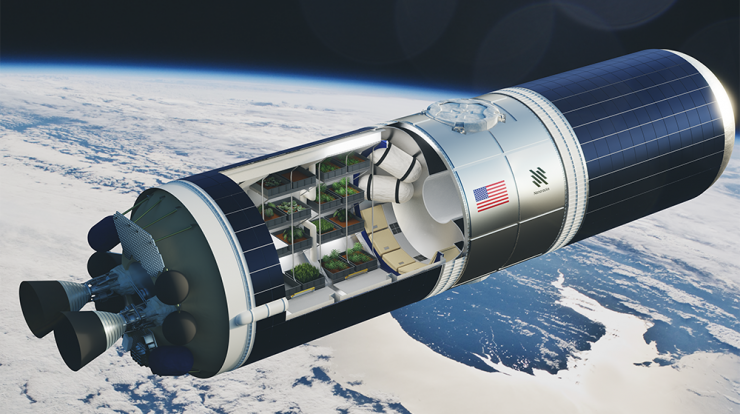 Nanoracks, a company that provides commercial access to space, has announced a new expansion. It’s called Star Lab Oasis, and the subsidiary is headquartered in the UAE and receives support from the local government, which imports 90% of the country’s food, and will open its first pilot greenhouse next year. The idea is for this to be a greenhouse inspired by technologies developed for manned missions on the Moon and Mars, and soon, it could start producing food in the Arabian deserts and even in Earth orbit.

According to the company, the expansion represents Nanoracks’ commitment to the increasing problems currently occurring, such as desertification, climate change, water scarcity and food security. Thus, StarLab Oasis will focus on developing knowledge and technology for living organisms and foods produced in the space environment. For this, the company will rely on the expertise of specialists in bioengineering, plant sciences, genomic seed technology, and robotics, among other areas.

In addition, StarLab Oasis scientists will send seeds into space to create mutations in order to attempt to create mutations that create more resilient and productive varieties of crops necessary for agriculture. This technology, called “space mutation,” has been used successfully in China for more than three decades, to the point that the country is the only country in the world today that has a space farming program that benefits its citizens. Allen Herbert, general manager of StarLab Oasis, believes that much of our sustainable and economically viable food production will one day come from deserts, harsh environments and space.

Thus, Herbet believes that with the technology developed by the company, it will be possible to grow vegetables more efficiently in the desert and in space thanks to the great abundance of renewable solar energy. As the gradual effects of climate change can harm fertile land for crops, space agencies around the world are searching for technologies that enable the sustainable cultivation of food on worlds as far away as the Moon and Mars. That’s where StarLab Oasis comes in: they hope to commercialize the projects under development to help countries that can’t feed their populations without international help, and who can become self-sufficient producers.

Herbert stated that Abu Dhabi is allocating significant investments to research and development in the field of agricultural technologies. “The issue is more pressing for them compared to, say, the United States or the United Kingdom, who import much less food,” he explained. In this context, StarLab Oasis expects that greenhouses and new varieties of more resistant crops will help transform agriculture in import-dependent regions. “By the year 2100, two-thirds of the world’s population is expected to live in these areas,” Herbert said. “We are very excited about our work because we believe Abu Dhabi will become an important hub for this.”