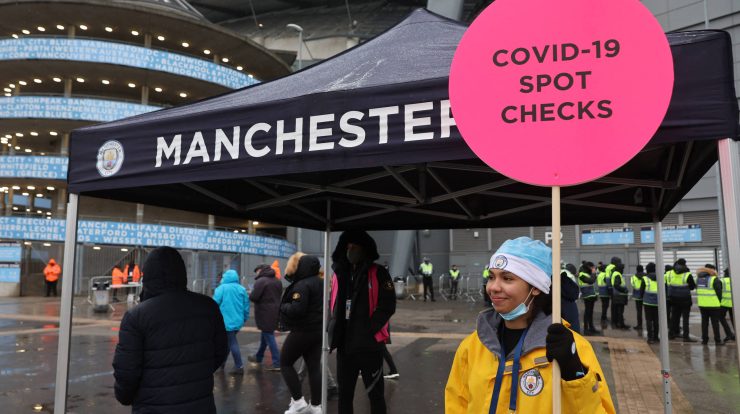 If someone tells you that they know for sure what the world will be like in 2022, whether that’s too optimistic or too pessimistic, beware. The pandemic has taught us that we have no control over anything, and as booster doses of the coronavirus vaccine reach the arms of many around the world and believe that our lives will finally return to normal, a new variable is showing us a difficult reality. You cannot determine what the New Year will look like. Sports follow the same path. But we can, yes, have an idea.

The start of 2022 should not be easy. In Europe, the debate about matches without an audience and the suspension of tournaments is still going strong. Two weeks ago, I told in my column how the UK is approaching a staggering 100,000 cases per day. Now, the number is approaching 200,000 and Omicron dominates the country. The Premier League continues with postponed matches and Covid-19 booms in clubs – coaches who have recently tested positive include Aston Villa’s Steven Gerrard, Crystal Palace’s Patrick Vieira and Arsenal’s Mikel Arteta.

The vaccination passport for the masses has become mandatory in England. In the debate over ways to deal with the virus, Manchester City manager Pep Guardiola has defended the use of masks in any public place in the country – the outdoors has never been mandatory. Wales has been stricter and all sporting events are held with closed gates.

One thing is for sure: the unvaccinated, athletes or spectators will be increasingly excluded from the sport. The Australian Open tennis tournament, which begins in January, requires proof of vaccination. The Winter Olympics in Beijing, which begins on February 4, will be one of the most restricted in history.

Those not vaccinated with the two doses will face a 21-day quarantine upon entering China, and even those who have already taken it will have daily tests. Everyone will be in a bubble with limited movement. Foreign viewers are prohibited. Locals will be able to clap their hands without shouting so that the droplets of saliva do not fall off.

But the year has an interesting side. It will be busy for Olympic sports in a shorter cycle than preparing for the Paris 2024 Games. Major world championships have been confirmed, such as athletics in the US, men’s volleyball in Russia and women’s volleyball in Poland and the Netherlands and artistic gymnastics in Liverpool, England.

By the way, the UK dreams big. In 2022, it will also host the British Commonwealth Games, the Women’s European Cup, as well as traditional tournaments such as Wimbledon tennis. There is an expectation of announcing a possible joint bid with Ireland to host the 2030 World Cup or the European Cup in 2028 or 2032. Good for sport and the economy. A recent study predicts that hosting major sporting events in the coming years could generate the equivalent of R$28 billion for Britons in trade, investment and “soft power” – something very important in the post-Brexit era.

By 2024 will the nightmare end? Paris 2024 organizers hope so. They promise an Olympiad with a party, public, without restrictions. But they announced that they have a plan B in case the epidemic continues with us. Cautious optimism appears to be the recipe for next year. May it be 2022 with sport and health for all.