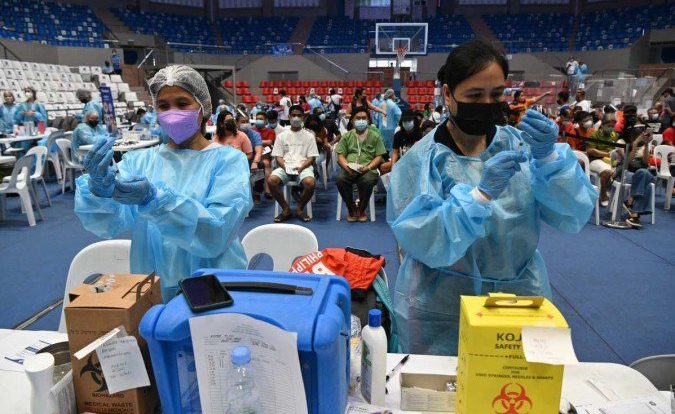 A little more than a year after the announcement of the first case of the emerging coronavirus, the world celebrated the application of the first vaccine against infection with the new coronavirus. On December 8, 2020, 90-year-old Margaret Keenan received her dose of hope in a British hospital. Since then, the number of protected people has increased dramatically all over the world. The number of deaths was also avoided. An analysis by British scientists estimates that the first year of immunization may have saved nearly 20 million people across the planet – a million of them in Brazil.

This is the first global analysis of the impact of vaccination during the current pandemic. Based on an analysis of data from 185 countries and territories, scientists at Imperial College London concluded that in the first year of preventive dose application, from 8 December 2020 to 8 December 2021, 19.8 million deaths, out of 31.4 million. , was avoided. Oliver Watson, lead author of the study, which was published in the latest issue of The Lancet Infectious Diseases, emphasized.

The survey also shows that the largest beneficiaries of vaccination campaigns were high- and middle-income countries – in the period analyzed, 12.2 million deaths could have been avoided in these regions. According to Watson, another 7.5 million lives were saved in countries covered by the Covid-19 Vaccine Access Initiative, and the Covax Facility, a program set up by the World Health Organization (WHO) to expand vaccination distribution. “Our findings show that millions of lives were likely saved by providing vaccines to people everywhere, regardless of their wealth.”

The British study also showed that increased dedication to this cause would improve the effect of immune systems. Projections indicate that another 599,300 deaths could have been avoided if, by the end of 2021, the WHO target of vaccination had been reached to 40% of the population in all countries. Covax’s initial plans were, by the end of last year, to apply two doses of vaccines to 20% of the population of the countries served by the initiative. After that, the United Nations agency began work with the goal of vaccinating 70% of the world’s population by the middle of this year.

See also  Find out how to lose belly and recover this summer, check out our tips

So far, according to British scientists, 66% of the world’s population has received at least one dose of one of the available formulations. The scenario, in the assessment of Joanna Dark Gonçalves, an infectious disease specialist at the Center for Infectious Diseases (Cedin), could hurt progress during the health crisis. He justifies “Global security depends on actions of solidarity, policies of protection, and the prevention of equality. Without equity, we are all vulnerable.”

Alison Galvani, a professor in the School of Public Health at Yale University in the US, shares the opinion. “High coverage in an individual country not only benefits that country, but contributes to the reduction of transmission worldwide and the emergence of new variables. A permanent collective response is both a practical and an ethical imperative,” the expert defends, in an opinion piece published on the same site. Lancet Infectious Diseases issue.

Since the application of the first dose of the immune system against Covid, more than 3.5 million deaths due to the epidemic have been recorded worldwide, which, according to the British team, reinforces the need to strengthen existing strategies. Develop new ways of coping. “While the intense focus has shifted on the pandemic, it is important to ensure that the most vulnerable people around the world are protected from the continued spread of the coronavirus and other major diseases that continue to disproportionately affect the poorest people,” he says. Ezra Ghani is one of the study’s authors.

The head of the epidemiology of infectious diseases at Imperial College London also remembers that facilitating access to vaccines is not just about donating preventative formulas. “Ensuring equitable access to vaccines is critical, but it requires more than just donating vaccines. Improvements in distribution and infrastructure are needed, as well as coordinated efforts to combat misinformation and improve demand. Only then can we ensure that everyone has the opportunity to benefit from these technologies. Lifesaving,” he says.

Alison Galvani agrees. “Being able to save more than 19 million lives through the unprecedented speed of developing and deploying Covid-19 vaccines is an extraordinary global health feat. However, millions of additional lives could be saved through the more equitable distribution of vaccines.” American expert.

Estimating the global impact of the COVID-19 vaccination has been a challenge for the team of scientists at Imperial College London. Gregory Barnsley, co-author of the study, says it was necessary to consider factors such as the circulation of novel coronavirus variants in each country, under-reporting of deaths and changes in the effect of the vaccine over the time analyzed.

According to the study, for example, in the first half of 2021, the largest number of vaccine-prevented deaths occurred in low-middle-income countries, as a result of the large epidemic wave in India with the emergence of the delta variant. Then, in the second half of the year, the most concentrated impact shifted to higher-income areas. This, in the assessment of the British team, is due to travel restrictions and the easing of isolation measures in other parts of the world, which facilitates the transmission of the virus.

The team also made geographic reductions taking into account the failure to meet the initial goals of protecting the most vulnerable populations – the World Health Organization (WHO) estimates that, as of the end of last year, two doses of vaccines have been applied in 20% of the population of countries served by the Kovacs Initiative. The analysis showed that Africans were the most affected.

From December 8, 2020 to December 8, 2021, an additional 156,900 deaths were recorded worldwide for not achieving this goal. These avoidable deaths were concentrated in 31 African countries, where 132,700 deaths – 84.5% of the estimated total – would not have occurred if the target had been reached.

In another analysis group, the British ranked global deaths averted. More than three-quarters (79%) are due to the direct protection that vaccines provide against severe symptoms caused by infection with the new coronavirus. The remaining deaths (21%) refer to what scientists call indirect protection due to reduced transmission of the virus in the population and the consequent reduced burden on health systems, thus improving access to medical care for the patients most in need. (CS)