Home science In a meeting with Prince Charles, the rulers reaffirmed their commitment to the sustainable goals 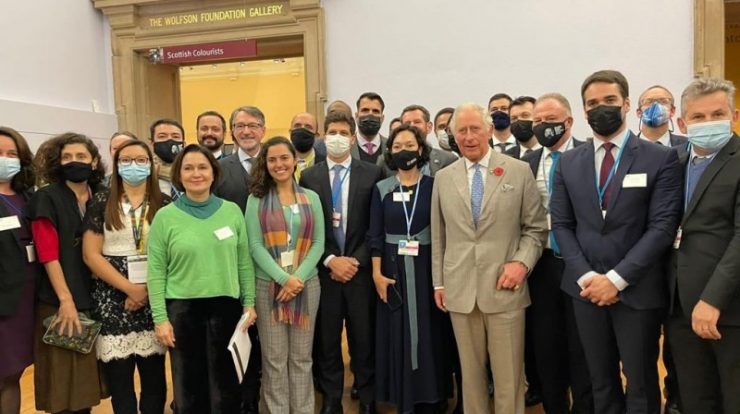 The final agenda for Governor Eduardo Leite’s second day at the 26th United Nations Conference on Climate Change (COP26) in Glasgow, Scotland, was the rulers’ meeting with Prince Charles, heir to the British throne. Besides Light, governors Renato Casagrande (from Espirito Santo) and Mauro Mendes (Mato Grosso) attended the meeting on Thursday (4/11), accompanied by ministers of state and mayors.

The meeting with the Prince of Wales took place at the Kelvingrove Art Gallery and Museum in Glasgow and was made possible by the Sustainable Markets Initiative (SMI), which was created to accelerate global progress towards a sustainable future. Governors and mayors who have already participated have announced, at one point, that they are committed to the “Race to Zero” campaign, which promotes the reduction of carbon emissions. The main topics of the meeting were the challenges and opportunities related to climate change in Brazil, such as infrastructure projects.

“Another opportunity for us to come together to align strategies and drive towards our goals to decarbonize the economy. We offer a full vision of Brazil, with a particular focus on the Amazon, reforestation and forest protection. It is my responsibility, as Governor of Republika Srpska, to speak about our diversity, our pampas, the strategies which has been aligned since we assumed a Race to Zero commitment, which aims to reduce carbon emissions to zero by 2050, detailed Leite.

The RS plan that will integrate Race to Zero over the next 12 months will be developed and implemented immediately. According to the Chairman of the Board of Directors of the Civic House, Artur Lemos Jr., this should include the energy matrix for road transport, which is most responsible for carbon emissions, and the restoration of planted forests.

See also  Exclusive: What are the differences between influenza and Covid-19? The doctor explains - Alexandre Jose

On Thursday afternoon (4) the Governor also held a working meeting with the UK Minister for Environment, Climate, Animal Welfare and Forests, Zach Goldsmith. The environmental projects of Republika Srpska were presented, especially those dedicated to the preservation of green in Rio Grande do Sul.

“We present our portfolio of projects in RS, with a particular focus and interest on the program for reforestation and green hydrogen generation. We have promoted the importance of working, alongside nations, in protecting the Amazon, but also drawing attention to the country’s plurality and diversity, and the ability to demonstrate Some of the initiatives we are always developing to protect it,” Artur reads.

The meeting with Prince Charles, who was not open to press engagement, was the last Thursday afternoon (4). Earlier, Light participated in another panel discussion at the Center for Climate Action in Brazil, titled “Climate and Development: Visions for Brazil 2030”, also organized by the Institute for Climate and Development, together with Governor Renato Casagrande (ES), of the Minister of Infrastructure and Environment in São Paulo, Marcos Pinedo, Federal MP Goinha Wapicana and Sergio Suchodolsky (from the Development Bank of Minas Gerais – BDMG).

“From the point of view of consciousness formation, we have come a long way. There is still a long way to go, and the absence of the federal government from the debate generates this more intense mobilization by subnational entities. Once we define our goals, we have to move into practice, moving smoothly without leaving Anyone behind and covering all the details. We need to offer an economic alternative to those associated with this unsustainable economy. Sure, they’re not doing it because they want to, but because they don’t know a sustainable alternative,” Leite explained, noting that the involvement of state leaders in this The topic is unprecedented.

In the space reserved for the Brazilian Federal Government at COP26, Governor Eduardo Leyte met, on Thursday (4), Minister of Mines and Energy, Pinto Albuquerque, and Ambassador Paulino Franco de Carvalho Neto, currently Secretary of National Sovereignty and Citizenship. The topics discussed briefly were the privatization path in Republika Srpska and the climate agendas of COP 26 this Thursday (4).

The state delegation’s passage through COP26 ends on Friday (5) in the morning. In addition to the governor, the group includes trustees Artur Lemos Jr. (Casa Seville) and Luiz Henrique Viana (Environment and Infrastructure). The return to Brazil is scheduled for Saturday (6/11/11) and begins on Friday.