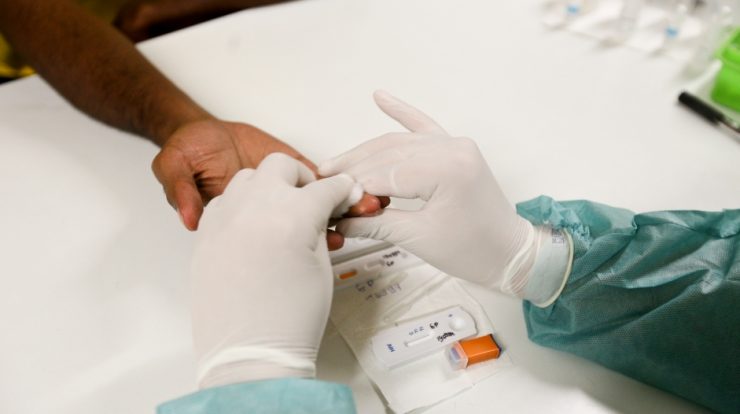 a An Argentine woman called “Esperanza” by doctors. It represents an advance in the search for a cure for AIDS in the world and encourages researchers from all over the planet.

The group analyzed billions of her cells and tissues and concluded that the patient 8 years ago was in remission. The discovery creates expectations for 38 million people live with HIV.

A group of Harvard physicians announced the discovery at a large international meeting of HIV experts in March. Experts revealed that the patient whose ex-boyfriend died of AIDS was not infected with the virus that causes the disease. The results have now been confirmed in the scientific journal Annals of Internal Medicine.

There is another emblematic treatment case similar to that in Argentina: the case of North American Lauren Willenbeg, 67, who gave remission in 2020.

Two other cases considered treatment were for cancer patients who underwent a bone marrow transplant with donors who had genes resistant to HIV – and as a result, the virus ended up being wiped out.

For infection doctor at the Federal University of São Paulo (Unifesp), Ricardo Diaz, who is one of the main references on this topic in the country, the case raises the prospects for studies looking for a cure for AIDS: “It is a very rare case, which presents us with an opportunity to study the mechanisms that can make us treat people.”

The specialist explains that the Argentine patient was among the so-called “elite controlled” patients, who do not show disease despite being HIV positive.

But even these groups tend to have lifelong immune dysfunction. “This case shows that in addition to being able to control infection naturally – as in the case of elite observers – we can control it more intensely and aggressively, to eliminate the parts of the virus that can replicate.”

The infection specialist explains that, like other patients in remission, the 30-year-old Argentine woman should be monitored by doctors and researchers over the next few years, to see if the virus is, in fact, still in remission.