Home science With no doctor on board, flight attendants help Afghan mother give birth on board 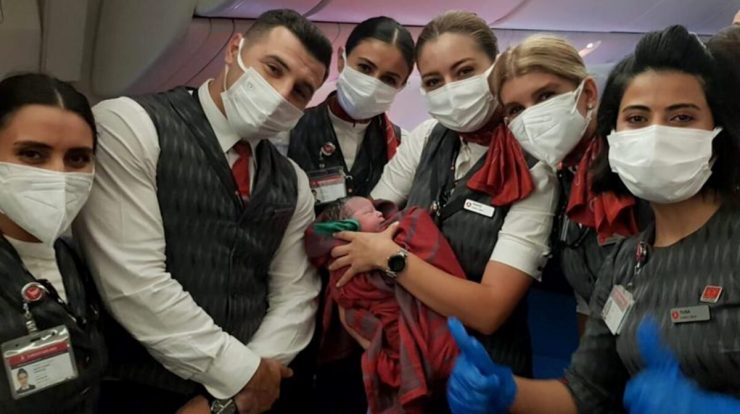 An Afghan woman gave birth to a healthy baby girl in the middle of an evacuation flight operated by Turkish Airlines Anadolu Agency. After a layover in Dubai, young Suman Nouri, 26, went into labor and ended up giving birth to her daughter at 10,000 meters (33,000 feet) in Kuwaiti airspace.

The girl was called Hava (which means Eve, but is also reminiscent of the Turkish word Hava, which means “air”) by the cabin crew, who helped with the delivery during the flight. The operation led to the evacuation of Afghan nationals employed by the United Kingdom in Afghanistan.

After a pregnant female passenger told the cabin crew about her labor pains, the crew asked if there was a doctor on board. A statement from Turkish Airlines said that due to the lack of a doctor, “the crew facilitated the delivery in accordance with their training.”

After landing in Kuwait as a precaution, the plane continued its journey towards its final destination in Birmingham, England with the infant and his family.

Images illustrating this article are provided by Turkish Airlines.

See also  6 signs that your diet is far from ideal