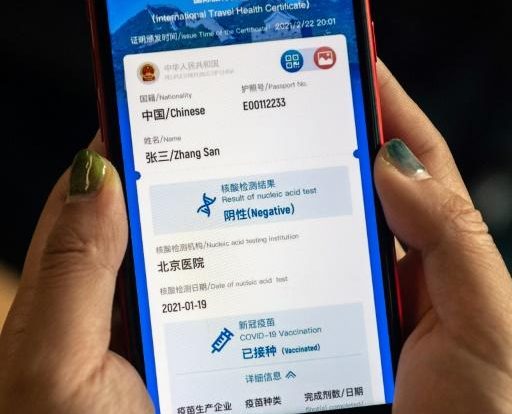 The British government said on Sunday (4) that it plans to test the Passport Health system in England from mid-April to allow the resumption of activities severely affected by the pandemic, such as football matches and indoor events.

The plan will be detailed on Monday by Prime Minister Boris Johnson, who will also announce new rules for overseas travel, which have been banned at least until May 17.

“We are doing everything we can to allow our country … to reopen as safely as possible,” the conservative leader said in a statement.

In this regard, a “Covid-19 Status Certificate” will be developed “in the coming months”, which indicates whether a person has been vaccinated, is negative or has antibodies to allow for intensive meetings. It will not be required on public transportation, nor in essential businesses, nor in bars, when they open again.

From mid-April it will be launched in nine beta tests, including the FA Cup semi-final and final at Wembley Stadium, a night in a nightclub and a conference in Liverpool.

The Public Health Service is working on a way to prove health status in relation to covid-19 through an app or on paper, according to the British government.

The health passport bill has been met with hostility by more than 70 British MPs from across the political spectrum, who consider it “discriminatory”.

Many countries are evaluating the possibility of creating a health passport and some have already started, such as China.

In March, the European Union submitted a draft certificate, requested by countries that rely heavily on tourism, such as Greece, to facilitate travel within their territories on the eve of the summer season.