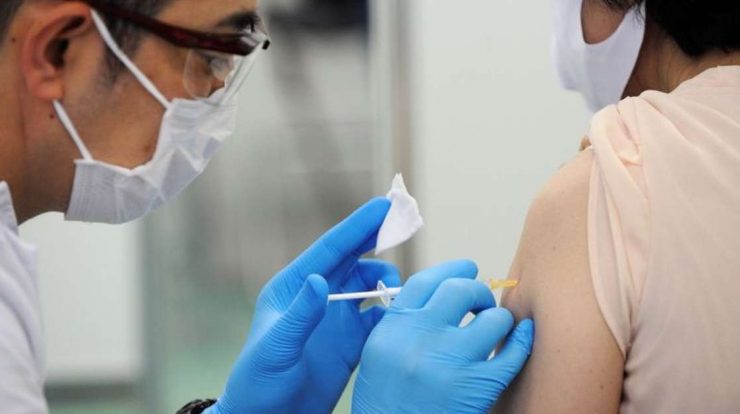 Japan began vaccinating health workers and the elderly on the front lines in February, but the slow pace compared to other large industrialized nations has sparked calls for the Tokyo Games to be postponed again or canceled.

Providing vaccinations to most citizens could help the government allay fears that the country is not ready to receive tens of thousands of foreign athletes and Olympic officials as its health care system is strained by a fourth wave of infections.

Vaccinations are largely delegated to municipal health authorities, and some cities large and small are immunizing their residents faster than others.

Sankei reported that the vaccination center in Tokyo will also start accepting phone appointments for the first time from Saturday, in addition to virtual appointments, in a bid to encourage more people to get vaccinated.

A spokeswoman for the Defense Ministry, which operates the site, declined to comment by phone and did not immediately respond to an email.

Japanese Prime Minister Yoshihide Suga said on Wednesday that the country plans to finish vaccinating anyone who wants to by October or November – which could require about a million injections a day.

“I want to make clear to the G7 our measures to deal with the infection and our determination to make the Games safe and secure and understand them,” Suga told reporters as he left his home in Tokyo to make his way to the G7 meeting in the United Kingdom. .

With less than 50 days left before the Olympics start, Japan has vaccinated just over a tenth of the population with at least one dose.

Later this month, the organizers will decide whether to allow the Japanese to watch the competitions. Foreign viewers are prohibited.

The games have become a major political issue for the government, with widespread public opposition to holding them during the pandemic.

The financial stakes are high, too: organizers estimate that the cost of the Olympics will be more than $15 billion, including the $3 billion generated by the postponement last year.

READ  'I felt lonely in sports'