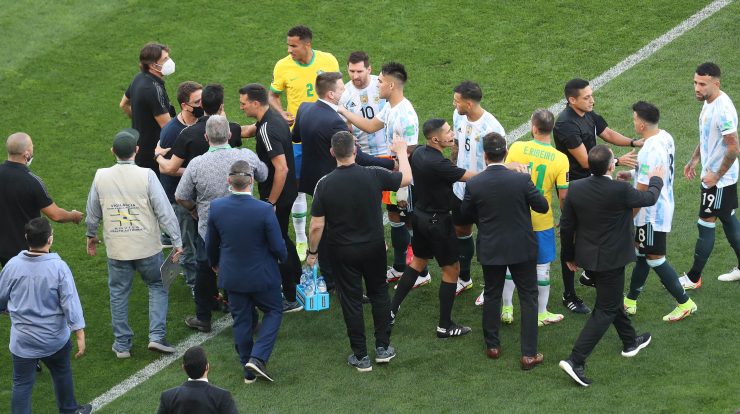 FIFA President, Gianni InfantinoOn Monday (6), he stated that the events that resulted in the suspension of the Brazil-Argentina match, for the World Cup qualifiers, were “crazy”.

“We saw what happened in the match between Brazil and Argentina, two of the most brilliant teams in South America,” Infantino said in a video address to the ECA General Assembly.

He added: “Some customers, police and security guards came down to the field after a few minutes of playing to get some players out – it’s crazy, but we need to deal with these challenges, these problems that come with the Covid crisis,” noting that the situation is a reminder of the difficulties that have been faced. during the pandemic.

Aston Villa goalkeeper Emiliano Martinez and Tottenham duo Christian Romero and Giovanni Lo Celso were on the field at the New Coimica Arena, in Sao Paulo, when authorities from the National Health Monitoring Agency (Anfisa) entered the stadium and halted the match.

Aston Villa midfielder Emiliano Buendia also traveled from the UK and was on the bench.

Anvisa said Brazilian rules make it clear that travelers who have been to the UK, South Africa or India in the last 14 days are barred from entering the country, unless they are Brazilian or have permanent residence.

According to information from the agency, Argentine players made false statements about their previous whereabouts on immigration forms.

See also  Street running has become a goal of the IAAF

“We can confirm that an investigation has been launched into the possible crime of providing false information,” a spokesman said. “Yesterday, the players were told to leave the country, which is a normal procedure, and statements were taken from them.”

FIFA said it had already received match reports from referees. “The information will be analyzed by the relevant disciplinary bodies and a decision will be made in due course,” the world football governing body said in a statement.

The Argentine Football Association said FIFA has given the two federations six days to defend their positions.