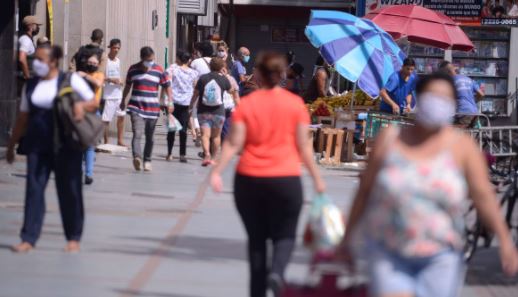 Image source Arquivo / Agência Brasil, according to her, the virus continues to evolve with more transmissible variants

The world is entering a fourth wave of the novel coronavirus pandemic. The assessment was conducted by the Assistant Director-General for Access to Medicines and Pharmaceuticals at the World Health Organization, Brazilian Mariangela Simao. She addressed the epidemic situation at a conference at the opening of the Brazilian Congress of Epidemiology.

We are seeing a resurgence of COVID-19 cases in Europe. In the last 24 hours, we had more than 440,000 new confirmed cases. This is what is under-reported on many continents. The world is entering a fourth wave, but the regions have had a different behavior regarding the epidemic,” Mariangela Simao stated.

According to her, the virus continues to evolve with more transmissible variants. But due to vaccination, there was a differentiation between cases and deaths, as vaccination reduced the number of deaths from Covid-19. She pointed out that immunization reduces hospitalization, but does not cut transmission of infection.

The director assessed that the new peaks in Europe were due to the opening and easing of distancing measures in the summer, as well as the inconsistent use of prevention measures in countries and regions.

“The increase in vaccination coverage does not affect personal hygiene, but it is linked to a decrease in the use of masks and social distance. The Assistant Director-General of the World Health Organization noted that there is misinformation and contradictory messages responsible for killing people.”

He added that there is a serious problem of unequal access to vaccines in the world. More than 7.5 billion doses have been used. In low-income countries, less than 5% of people take at least one dose. One factor was the fact that producers had bilateral agreements with high-income countries and did not favor vaccines for low-income countries,” according to his analysis.

Another obstacle is the concentration in a few countries that dominate the technologies used to produce vaccines, such as the use of messenger RNA, as in the case of the immunizing agent from Pfizer-BioNTech.

Mariangela Simao believes that the future of the epidemic depends on a series of factors. The first is the immunity of the population resulting from vaccination and natural immunization. The second is getting medication. The third is how the variables of anxiety will behave and how they will be transmissible.

The director of the World Health Organization said that in addition to prevention measures, it is necessary to ensure equal access to vaccines, treatments and tests. He summed up: “They are vaccines, not just vaccines.”

Assessing the situation in the Americas and Brazil, Mariangela Simao reported that the Americas had a continuous community transmission behaviour, with frequent waves.

As for Brazil, it was estimated that the vaccination program is going well. But based on the situation in Europe, she feared the future of the epidemic in Brazil due to the ongoing discussions about the carnival.

“I am concerned when I see the discussion about carnival in Brazil. It is a very favorable situation for increased community transmission. He cautioned that moves should be planned for 2022.”

The Brazilian Congress of Epidemiology began on Monday (22) and will run until Friday (26). The event is promoted by the Brazilian Association of Public Health (Abrasco) and will include many lectures, discussions and presentations of scientific papers. More information at https://zandaeventos.com.br/epi/index.php.

+ Find out the most stolen cars in SP in 2021
+ Expedition identified the giant squid responsible for the shipwreck in 2011
+ Everything you need to know before buying a cooking pot
+ Discover in Armenia the eastern channel of the Roman Empire
US agency warns: Never wash raw chicken
+ Attacks passengers and pulls out a steward’s teeth
+ Aloe vera gel in the drink: see the benefits
+ Lemon Squeeze Trick Goes Crazy On Social Media