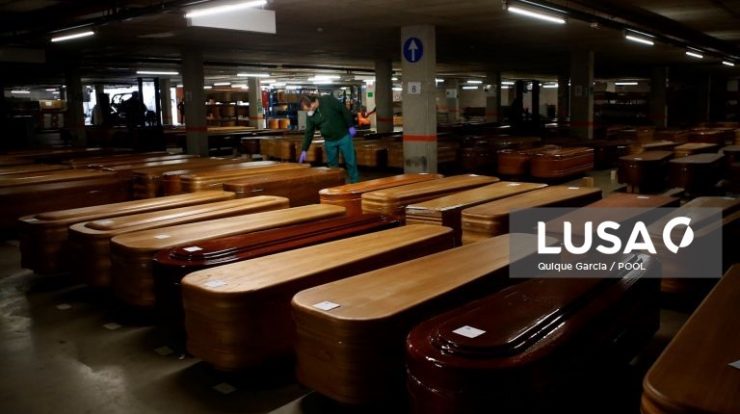 The Covid-19 pandemic has killed at least 3,551,488 people worldwide since the World Health Organization announced the outbreak in China, in December 2019, which indicates the balance of the AFP news agency.

According to the data obtained at 11:00 am, from official sources, more than 170,606,850 cases of infection have been diagnosed since the beginning of the epidemic. The vast majority of patients have recovered, but the portion that has not yet been fully evaluated retains symptoms for weeks or months.

The figures are based on balance sheets sent daily by health authorities in each country. They exclude revisions then made by several statistical agencies, which concluded that there were more deaths.

Even the World Health Organization (WHO) has considered that the epidemic balance could be two to three times higher than that officially recorded. Also, a significant portion of the less severe or asymptomatic cases remains undetected, despite the intensification of screening in many countries.

The United States remains the hardest-hit country in terms of deaths and cases, with 594,568 deaths out of 3,326,429 reported cases, according to Johns Hopkins University data.

Peru, which as of Monday counted 69,342 cases related to the novel coronavirus, has reassessed its upward equilibrium based on the work of a technical board in place since April made up of Peruvian experts and WHO specialists. According to these experts, the actual number of deaths in the country due to COVID-19 was 180,764 in the country on May 22, a figure that does not include the daily figures provided by health authorities in Peru.

Among the countries worst affected by the pandemic, Hungary has the highest number of deaths relative to its population, with 308 deaths per 100,000 inhabitants, followed by Bosnia and Herzegovina (282), the Czech Republic (281), North Macedonia (260) and Bulgaria (254).

This assessment was made based on data collected by AFP delegations from the relevant authorities and information from the World Health Organization. Due to corrections made by the authorities or late publication of data, the increase in data within 24 hours may not exactly match that published the day before.