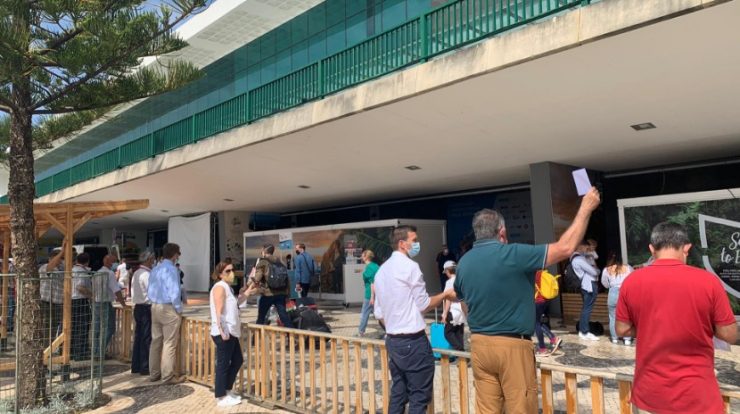 Today, the partial strike of employees of the investigation and inspection profession of the Foreigners and Border Service (SEF), which will continue until the end of the month, began on August 31.

However, despite the fact that the morning was very busy at Madeira International Airport, the effect of this first day of layoff, between 10am and 1pm, seemed to be minimal. This was information repeated by several JM professionals and drivers who were waiting for passengers from the UK to arrive at the site and who realized the delays were not very different from normal.

The same was confirmed by some of the passengers JM spoke to, who reported that despite the long queue at the border control service, they had no problem.

It should be noted that the date of the arrival of three flights from outside the Schengen area, coming from London, Birmingham and Manchester (United Kingdom) this morning, and the departure of three other flights to the same destinations only.

At Porto Santo Airport, this first day of layover also did not affect scheduled flights.

It is reported that the Syndicate of Investigation, Monitoring and Border Inspectors (SIIFF) called this strike due to the government’s failure to respond to the rights of these inspectors after approving the bill “providing for the dispersal of police powers. of the SEF by the PJ, PSP and GNR”.

The syndicate accuses the minister of carrying out this operation with “obscurity and lightness” and denies the “clear lack of commitment on the part of the government”, considering that it questions the good faith of the executive authority throughout the restructuring process and represents a “clear intention to end this police profession.”