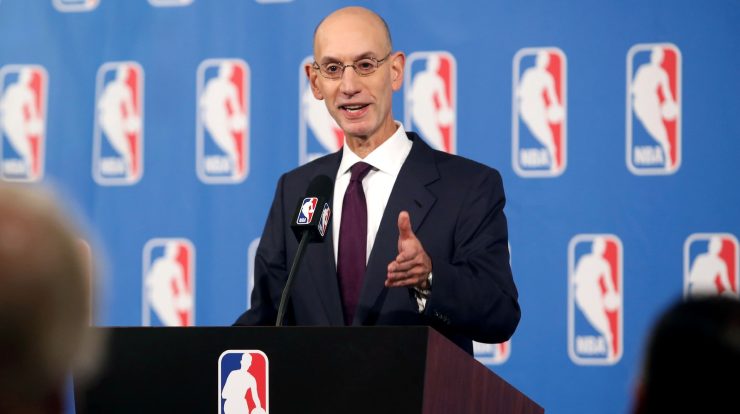 The National Basketball Association has decided to make changes to the league’s health and safety protocol rules. According to a memo distributed to teams on Monday (27) and obtained by US ESPN, immunized players and coaches who have not shown symptoms may leave the quarantine period after six days if tests for Covid-19 show negative results for the infection period.

The NBA and the NBPA (National Basketball Players Association) have agreed to changes that will replace the old protocol that called for at least ten days to exit mandatory quarantine. The new protocol includes not only athletes, but also coaches, officials and referees.

Those infected can leave the quarantine period six days earlier if they have had two negative tests within 24 hours.

The league has been dealing in recent weeks with a marked increase in positive cases among players. As of Monday (27), 205 players have entered the league’s health and safety protocols this season, 192 in December and 169 in the past two weeks, including six coaches.

27 players entered the protocols on Sunday, a new record for a single day of the season, surpassing the previous record on December 17.

The league began a two-week period of increased testing after Christmas, which should continue to see a large number of positive tests. This reduction in quarantine time is expected to have an immediate impact on the condition of many players already on the protocols.

According to ESPN, the decision to shorten the quarantine period to six days is based on research and data from experts including those of the league itself and the CDC, models and surveys in the UK. Data suggests that individuals who have been vaccinated continue to clear the virus from their system at a much faster rate than those who have not received the vaccine.

The NBA’s decision contrasts with the US Centers for Disease Control, which announced a reduction in the recommended isolation period for those who test positive for Covid-19 from ten days to five days if they do not show symptoms.

NBA Commissioner Adam Silver recently confirmed to ESPN presenter and reporter Malika Andrews that the Ômicron variant has been responsible for up to 90% of the league’s recent Covid-19 cases.