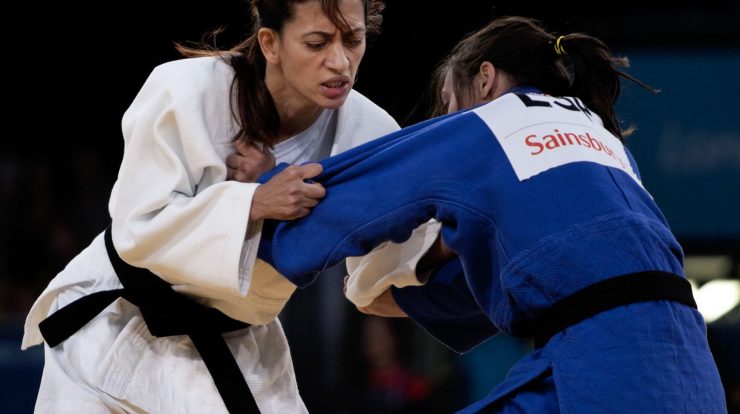 Judoka Lucia Teixeira finished with a silver medal in the last two Paralympics, with a main medal – or rather – in preparation for the Paralympic Games in Tokyo (Japan). This Saturday (19), the Grand Prix champion in Warnick (England), the last format competition before the Games, was in the 57kg category.

Number four in the IBSA world rankings in the category and already guaranteed in Tokyo, Lúcia made her debut by defeating Italian Asia Giordano (21) by Ippon (maximum score) in the final, she met with Argentinian Laura Gonzalez, who also faced her in the decision of the American Paraban Games in Lima (Peru), in 2019. The fight was decided only in the golden score (overtime), with the Brazilian winning.

“Happiness no longer fits in my chest. I will return to Brazil with a gold and a bronze medalحاس [conquistado em maio no Grand Prix de Baku, no Azerbaijão]. I can see that the work is well done in every way. Lucia commented on the website of the Brazilian Sports Confederation for the Visually Impaired (CBDV) During all my years in the national team, I have never felt as prepared as I am now.”

Five other Brazilians competed in Warnick, but were knocked out of the podium. Julia Pereira (up to 48 kg), Carla Cardoso (up to 52 kg) and Thigo Marquez (up to 60 kg) reached the bronze medal dispute, but were defeated. Maria Nbea Lins (up to 52 kg) and Luan Pimentel (up to 73 kg) both fell on their debuts. The results left the quintet with no chance of qualifying for Tokyo via the world rankings, but they could still go to the games by invitation.