Home sport In England, 20% of women have been harassed at football matches 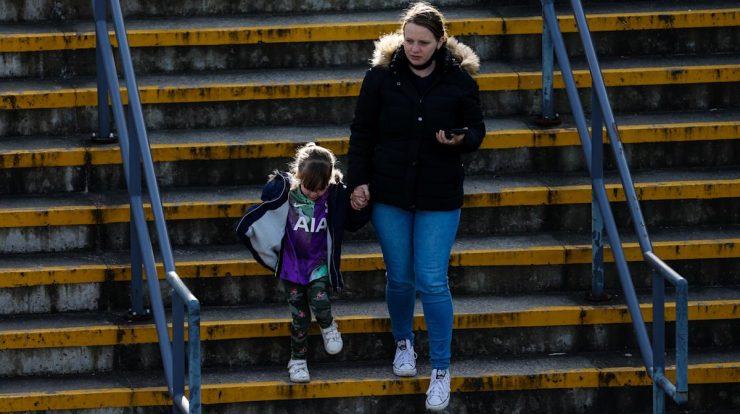 A survey by the Football Supporters Association (FSA), the body representing football fans in England and Wales, found that one in five women who attend football matches has received “unwelcome attention” from men in stadiums.

The finding was even more alarming when compared to the survey taken in 2014: complaints of harassment doubled compared to seven years ago.

Nearly half of the 2,000 fans interviewed (49%) said that men’s behavior makes them angry – in 2014, that number was 29%. 38% reported feeling embarrassed, and 24% left the field “dissatisfied”. 4% already believe the behavior is part of the match experience.

“There is no place in football for sexual or misogynistic behaviour. We encourage all fans to challenge them and, if necessary, inform the club or the authorities,” said Ally Simcock, a member of the FSA Board of Directors.

Entities stand against any form of discrimination

The Football Association (FA, the entity that controls football in England), Premiere Legue (organizer of the country’s most important competition) and EFL (which regulates the English second-tier equivalent) have spoken out against any form of discrimination in stadiums.

“The Football Association stands firmly against all forms of discrimination and prejudice, and believes that our game should be appreciated and seen by all.”

Although not commenting on the survey, Premiere Legue spoke out against any kind of bias among fans and said it was committed to implementing measures aimed at curbing this negative experience.

See also  "Said" in Paris, Pochettino denies what was reported about his signing with United - 11/23/2021

The association commented, “It is disappointing to see so many fans subjected to inappropriate and unacceptable behavior by other fans, although as with any information or feedback we receive, we will look at how this can help improve operations.”