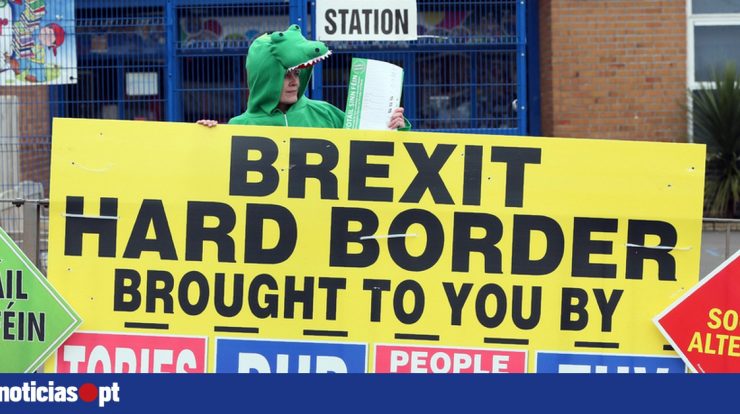 Around 27,500 British citizens have already applied for a residence permit in Portugal after Brexit, but many have been in limbo for five months because they say they have no way of getting proof that they live in the country.

Every time he crosses the border to return home, Alex Braithwaite, a commercial plane pilot, carries a file with his certificate of residence for Junta de Freguesia, the lease agreement, registration in finances and the first flight test to Portugal, in December.

“I must carry everything to show to the guards and to prove my residency. One of the guards has already warned me that I need a certificate because after 90 days I can no longer be in the Schengen area. I can apply for a tourist visa, but then I could not work,” Luca explained.

The Briton arrived shortly before Christmas, having secured a contract from a company with an operations base in Portugal, and began the process of applying for a residence permit for Europeans, but missed the deadline for obtaining the registration certificate for European Union (EU) citizens issued by the city council the meaning.

Since the UK has effectively become a third country since January 1, Braithwaite is no longer able to request this type of document.

Under the UK’s withdrawal agreement from the European Union, Britons who resided in Portugal before the end of the transition period (December 31, 2020) have until June 30 to correct the situation.

The Aliens and Borders Service (SEF) told Agência Lusa that British citizens who have not applied for a City Council registration certificate should request that the new document be issued by email.

But phone calls and emails since January remain ineffective and Braithwaite fears that one day border control officers enforce the rules, potentially putting the job at risk.

“If you arrive from Africa, you can apply for a visa through the normal ways, and Europeans can also apply for a city council certificate, but for the British there is a void,” he said.

Tej James, an activist from a British group in Europe, told Lusa that there are more Britons in Portugal in this position who need documents to continue working in European space.

He lamented, “SEF has not yet implemented an operation. They have required people who arrived last year to register with identity documents and prove that they arrived before the end of 2020, but they did not give them a residency certificate.”

He also said it remains uncertain when the biometric residency cards that are expected to replace old paper certificates will be issued, causing concern.

SEF told Lusa that existing EU residence documents are still acceptable even after the end of the transition period and until the new residence permit is issued.

Proof of this application can be printed in digital format with a QR code and used, for example when traveling, as a residence certificate in Portugal.

As for the start of the second phase of the operation, which presupposes the exchange of documents, it is expected to start during the month of May, after the closing of the branches was delayed, between February 13 and April 16, due to the measures approved by the current state of emergency. .

See also  In the Omicron explosion, Brazil gropes in the dark, in the blackout of data