Home sport Football is a passion, but it is also geopolitics 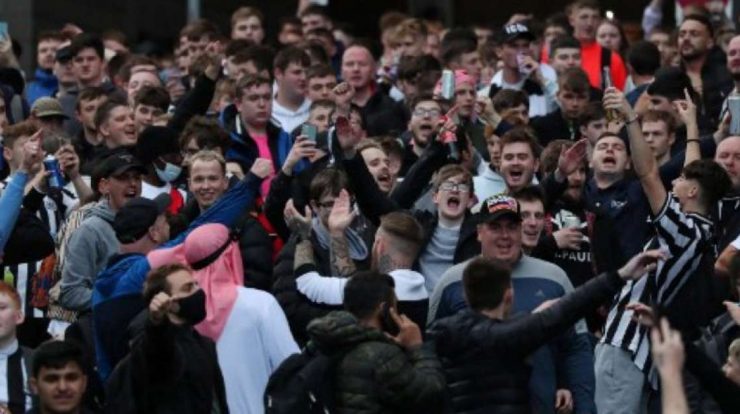 In response to the question of some, the Saudi State Fund’s purchase of Newcastle United is logical in some ways. Firstly, although they have not played a leading role in recent decades, Newcastle are a very traditional team in England with a passionate fan base.

You can imagine that all the fans are in love, but let me do a simple math. St James’ Park, where NUFC hosts their matches, has a capacity of 52,000 fans and is well accommodated in a first-class stadium, which would be the envy of nearly every stadium in Brazil. The average home audience for a team is 51,000 spectators. It may seem small, but know that Newcastle upon Tyne has a population of about 270,000.

For that amount, there are many fans who come from small towns around, connected to a subway network of 60 stations, which is roughly the same size as the metro network in Rio Janeiro. We’re talking about a small town that dedicates, every 15 days, about 15-20% of its population to a stadium to watch a soccer team that hasn’t fought for the title in decades. Nobody explains it, because it is pure passion.

The Arabs have bought a traditional club with passionate fans and a stadium that needs no renovation and are sponsored by the largest sporting goods chain in the country, Sports Direct. You have more. Newcastle is known for being one of Britain’s most foreign-friendly cities, has one of the largest Arab communities in England and has many young people going to universities in the area, which are cheaper than the traditional universities of London and Uxbridge. The most traditional and the largest is Newcastle University, which is always highly regarded in European university rankings and has a campus in Malaysia. This university has many students from the Middle and Far East, attracted by the region’s low cost of living and the quality of undergraduate courses. It is often said in the corridors of Newcastle University that it is they who pay the university bills, since the British pay tuition fees with government support.

So strategically speaking, the Arabs in control of the Saudi fund are entering an area open to foreigners, with a young population, a well-established Arab community and a base of ardent football fans. All this in one of the poorest regions of the UK. The North East of England has low education rates and high levels of unemployment and poverty. Subjectively, yes, the role of the team may cover a need of a part of the population in their daily life. He’s unfair, he’s cruel, but he’s a character that can’t be ignored. You can be sure that this will be used politically. I had already anticipated the report: “How the Arabs put a poor city at the heart of English football”.

Forget about human rights, magpies (as fans are known) often don’t care. I spoke to a friend who lives in town on the day of the club sale and he told me he party all night in town bars, on weekdays. For the record, Magpies disliked the previous owner, “accused” of not investing in better players for the club. It will not be just football. There are people who do not understand this phrase. worse for them. Football is a passion, but it is also increasingly business, politics and geopolitics.

For those who are interested in the interest of famous players who choose NUFC, know that Newcastle is the night capital of the United Kingdom, where many clubs, clubs and restaurants are concentrated. Without a doubt another attractive one.

Ah, I forgot to mention that in the NUFC Cup and Idol room there is a poster of a Colombian who played a lot of ball in Fluminense and Palmeiras: Faustino Asprilla. Yes, he’s an idol out there. Football is crazy stuff.

*Gurwan Gama holds a PhD in Social History from UNIRIO and received his PhD at Newcastle University between 2018 and 2019.