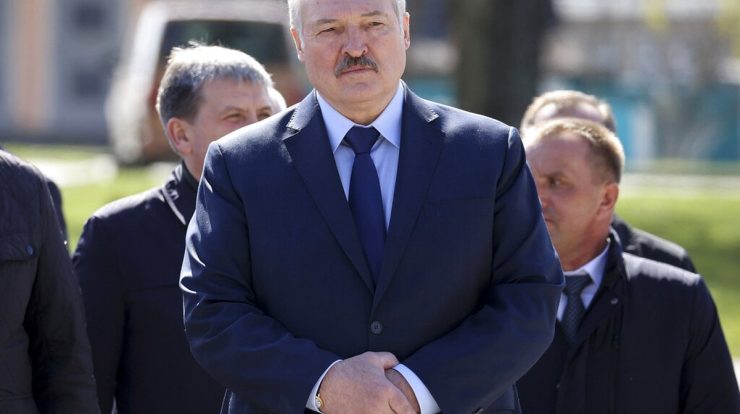 On Thursday (2), the European Union, the United States, the United Kingdom and Canada, in a joint action, imposed new sanctions against Belarus, targeting entities and members of President Alexander Lukashenko’s government, including one of his sons.

The Belarusian authorities were accused of promoting the smuggling of migrants to Europe, in addition to the “continued attacks on human rights and fundamental freedoms in Belarus, disregard for international norms and repeated acts of repression,” according to the joint statement of the three countries and the European Union.

“We call on the regime to release nearly 900 political prisoners unconditionally and without delay, and to end its crackdown,” the text read.

Belarus raises the risk of migration crisis with Poland

European diplomats decided to impose the fifth round of sanctions on 17 people and 11 entities or companies accused of involvement in the smuggling of migrants. These actions punish many Belarusian military leaders involved in conflicts in the border region.

The European Union has also imposed sanctions on Belavia airlines from Belarus and Cham Wings from Syria. Both are accused of helping to bring people to Belarus and exacerbating the European migration crisis.

They were also injured State-owned travel companies, as well as judges, prosecutors and media people associated with political repression and spreading misinformation.

The US Treasury imposed sanctions on 20 individuals and 12 entities, and restricted the circulation of part of Belarus’ sovereign debt by US entities. In addition to Lukashenko’s son, the sanctions target high-ranking security officials, defense companies and a major exporter of fertilizers.

The US government said the sanctions punish “smuggling and harming immigrants.”

“Today’s actions demonstrate our unwavering determination to act in the face of a brutal regime that increasingly oppresses Belarusians, undermines peace and security in Europe, and continues to mistreat people who only seek to live in freedom,” the statement read. US Secretary of State Anthony Blinken.

One of the UK’s actions was to freeze the assets of Belarus’ state-owned Ojsc Belaruskali, one of the world’s largest fertilizer producers.

“These sanctions continue to affect important sources of income for the Lukashenko regime and impose severe restrictions on those responsible for some of the most serious anti-democratic actions in Belarus,” said British Foreign Secretary Liz Truss.

Canada has imposed restrictions on 20 individuals and 12 entities.