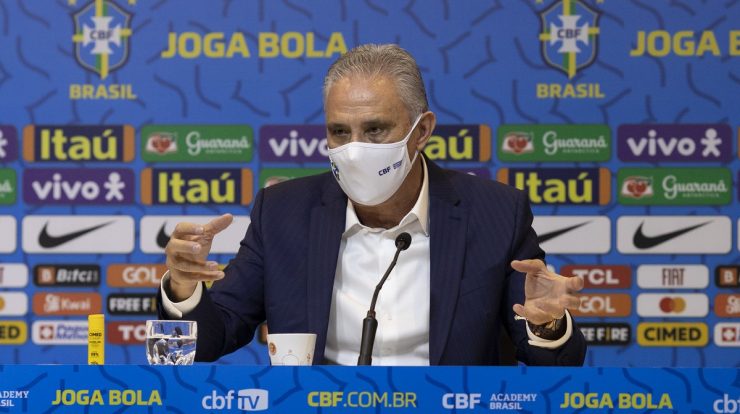 After being unable to count on players playing in England for FIFA history in September, the Brazilian side may get a Premier League player boost in upcoming dates, in October. The British government confirmed on Friday that it will allow an exemption from quarantine for athletes who will travel to countries that follow the UK’s red list for the COVID-19 pandemic – which includes Brazil. However, the procedure applies only to those who have a full vaccination schedule.

Tite will be able to count on athletes from England, as long as they are vaccinated – Photo: Lucas Figueiredo / CBF

However, players will have to comply with specific procedures upon returning to England. The government demanded that athletes remain isolated in facilities close to the training center of their clubs. And they will be allowed to go out only once a day to train with teams or participate in official matches, according to “The Times.”

We have worked with the football authorities to come up with a solution that serves the interests of both the clubs and the country, and that maintains the highest levels of safety and public health. Our best defense against the virus is vaccination, and these new measures will allow fully vaccinated players to fulfill their international obligations in the safest and most practical way possible, allowing them to train and play for their clubs as soon as possible upon their return – the British government said in a statement.

At the FIFA date in September, the Brazilian captain had to cut nine athletes playing in the English championship: Alisson, Ederson, Thiago Silva, Fabinho, Fred, Gabriel Jesus, Richarlison Rabinha and Firmino. They were part of a roster of 60 players from 19 different English teams, who will have commitments in 26 countries outside the UK in September, but have been banned from travel.

Clubs lobbied, and the Premier League decided not to release the athletes due to a 10-day quarantine requirement upon their return to England – which will prevent players from participating in training and matches. However, Argentina and Colombia were able to come up with a solution by having players at least part of the matches held in September.

The CBF responded by asking FIFA to impose a penalty on English clubs, which will be banned from using players who have not been released for five days after the international match window ends. But days later, the federation decided to withdraw the penalty request, and reached an agreement with the teams and the British government, which promised to try to find a solution on the next occasion.

The Seleção will face Venezuela on October 7 and Colombia on October 10 away from home, then on October 14, they host Uruguay at the Arena da Amazonia. Brazil leads the qualifiers with 100% success after eight matches played. If they win the next three matches, the team will reach 33 points, and therefore the classification for the World Cup in Qatar must be confirmed.