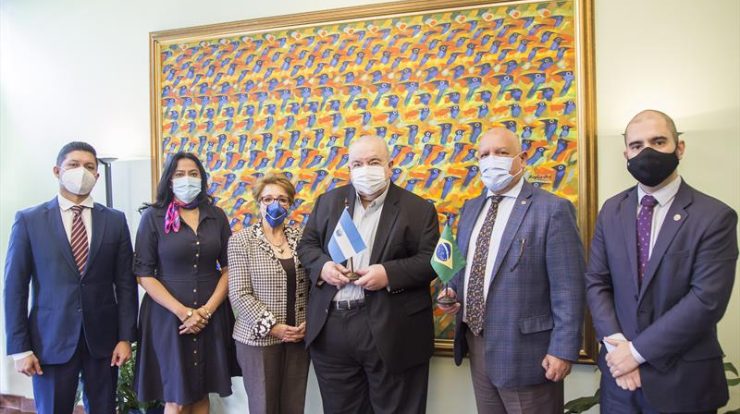 The Office of International Relations, linked to the office of Mayor Rafael Greca, has brought relevant international links to the city, by establishing international cooperation, exchanging knowledge and good practices and opening channels of relations with dozens of countries.

In 2021, mainly in the last months of the year, the Acesuria resumed conducting face-to-face visits and meetings. Even with the epidemic, it was possible to receive 23 international delegations and authorities, who were able to get acquainted with the performance of the city council in many areas.

– Curitiba’s participation in the World Conference of the Smart City Exhibition in Barcelona, ​​Spain.

– The Organization for Economic Co-operation and Development has published the report “A Regional Approach to the Sustainable Development Goals in Paraná”.

– Commitment to the international platform Cities for Digital Rights on digital rights.

Participation in the World Summit on Circular Economy 2021.

– A new cooperation and friendship agreement with the city of Buenos Aires, Argentina.

– Commitment to the Government Procurement Agreement of the World Trade Organization, through the Special Secretariat for Foreign Trade and International Affairs of the Ministry of Economy.

– An introductory meeting with 16 consuls from European Union countries in São Paulo.

– Visits by the ambassadors of the United States, the United Arab Emirates, El Salvador, Costa Rica, Spain and Nigeria.

– The delegation of the French Development Agency to Curitiba, in the presence of the Director of Brazil and Argentina, and the Deputy Director of Projects in the Agency.

Realization of the ICF virtual tour in partnership with Agência Curitiba.

– Realizing the Street Design Challenge in partnership with the cities of Wuhan and Keretaro.

Deliver the report to the United Nations Global Compact, in partnership with IMAP and SMCS.

Signing a cooperation agreement with the Argentine province of Corrientes.

The participation of Municipal Network students in an art exhibition promoted by the sister city of Suwon in South Korea.

– Signing of a new Memorandum of Understanding for the City Possible Project, from Mastercard.

– Organizing the eighth national meeting for urban education, in partnership with the Ministry of Education.

– Promote the meeting of peace between the religious leaders of the city in Bosque de Papa.

– Participation in the exhibition of the Conservatory and Botanical Garden of the sister city of Columbus, USA.

Participation in the dialogue on climate change with the Special Envoy for China, conducted by C40 Network.

Participation in the Wuhan Design Biennial in the Design Cities Zone.

Read the full article at: www.curitiba.pr.gov.br

Whatsapp CGN 9.9969-4530 – Live channel with our newsroom – Submit your request and our team will help you.