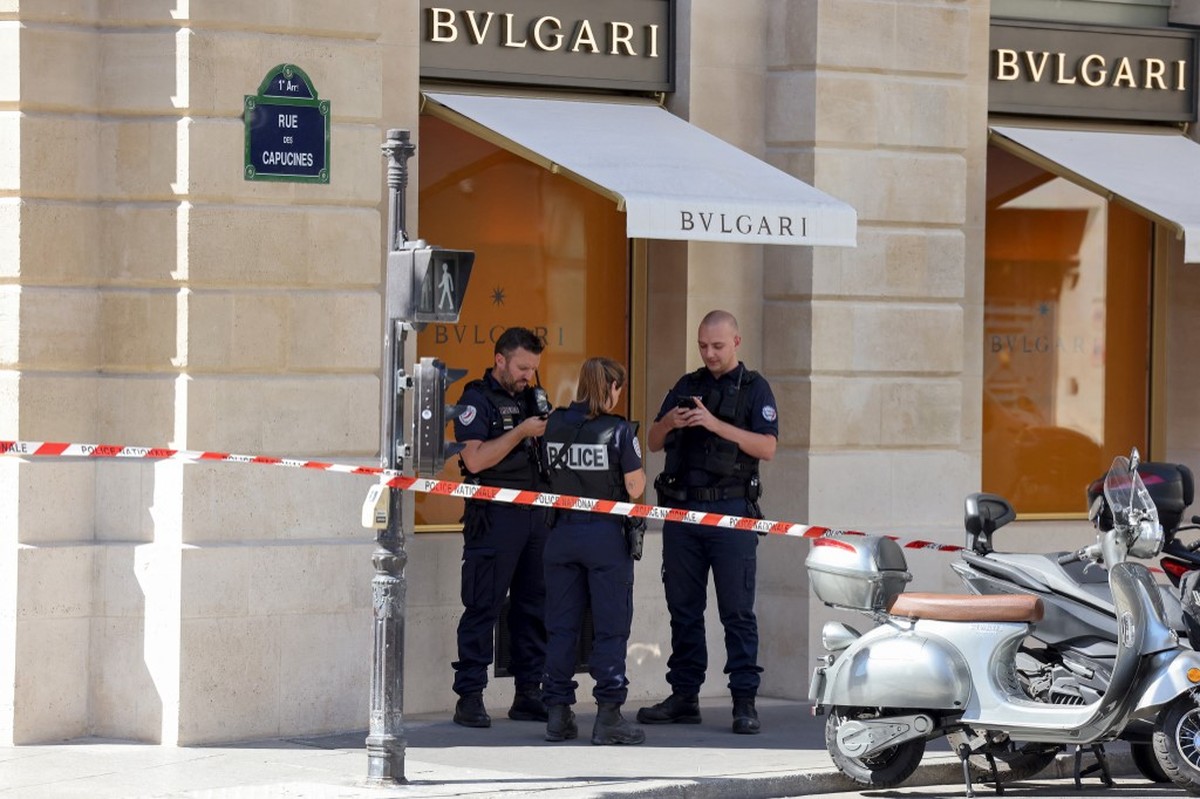 On Tuesday (7), a group of thieves robbed the Bulgari jewelry store in Place Vendôme in Paris, and stole about 10 million euros (61.2 million Brazilian reais) in jewelry, according to police sources.

A police source said that the attack on the luxury store in the heart of the French capital took place around noon and the police arrived at the scene shortly after.

The suspects fled in a gray BMW and two motorbikes, and one was arrested after police shot him in the leg.

The car was later abandoned, and another suspect was found hiding in a car park in the bustling Les Halles shopping center near the Louvre and Notre Dame cathedral.

Paris police said on Twitter: “Paris police reacted quickly after the robbery of a jewelry store in Place Vendome. Two suspects have been arrested.”

Bvlgari is a famous Italian jewelry store that is part of the luxury French conglomerate LVMH.

On July 27, a man stole €2 million worth of jewelry from Chaumet jewelry before fleeing on an electric motorcycle. He was arrested the next day with one of his accomplices and most of the things were recovered.