Home sport Behind the scenes of Formula 1, there is a hut among the chiefs and doubts about Mercedes 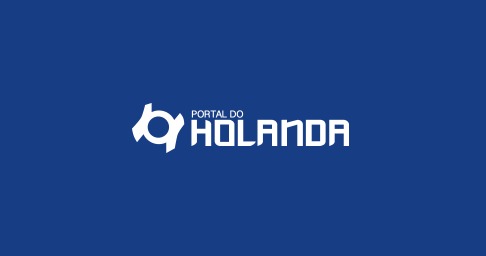 LONDON, UNITED KINGDOM (UOL-FOLHAPRESS) – The Fédération Internationale de l’Automobile (FIA) has left everyone pissed with measures announced this weekend at the Canadian Grand Prix to reduce the jumps of Formula One cars. Although no measures have been taken so far, it was enough to hold heated and suspicious discussions behind the scenes in Montreal.

Even Toto Wolff drifted away at the team bosses meeting on Saturday, in a discussion that started more generally and then focused on Christian Horner and Mattia Binotto. The Austrian was reprimanded with hints that its drivers were complaining of too much pain and danger from the car jumps on the team’s own instructions, in an attempt to force the FIA ​​to change the rules. Mercedes is the car that suffered the most from these jumps in Azerbaijan, before the entity reacted, something that was not repeated with the same intensity this weekend. For competitors, this proves that it’s just a matter of setting up the car more securely.

The discussion only highlighted a Formula 1 moment: some teams have put drivers in a difficult position to accept the agonizing race for a faster car.

The FIA’s intervention came about because of this, but it was done in haste, without medical evidence and without certain criteria, which only caused more controversy.

On the one hand, if Mercedes was initially seen as the biggest loser by the technical guidance announced on Thursday, the competitors were not happy when, the next day, they saw the team cars with second rods to reduce floor movement, something that was only allowed back in the day Previous.

This rod allows the floor to be made more stable even if it is very close to the ground, which, in theory at least, would solve two problems at once: The car tends to jump less without losing performance.

It’s not difficult to install the rod on the car, but what raised doubts was how sophisticated Mercedes’ solution would be, something that wouldn’t be possible overnight, according to competitors. And the controversy did not extend to classification and racing only because the team decided not to go into the news, claiming it did not have the expected effect.

Either way, competitors have been watching since Sheila-Ann Rao took over as General Secretary of Sport from Peter Baer at the FIA. The lawyer worked for the entity between 2016 and 2018, when she went to Mercedes. On the team, she was an advisor to Toto Wolff until recently, when he returned to the Federation.

But the controversy over the FIA’s attempt to interfere in the jumping issue does not stop there, which is what unites Mercedes with other teams. The entity’s idea was to set with the teams a scale that would set a limit on floor movement, and if the car was above that limit on Saturday during the third free practice, the car would have to be raised by 10mm. Although it seems a little, it is actually something that causes a huge loss in performance.

Everyone has complained from Mercedes, which suffers a lot from this movement on the ground, to Red Bull, which leads both championships and suffers so little. So much so that there will be a meeting next week to find a common denominator.

What the FIA ​​technical guidance has shown is that the entity wants to stop these jumps claiming that this is a safety issue, which means that voting between teams is not necessary. But it is important for the fairness of the tournament that the way this will be controlled is transparent.