Home sport After 23 years, Federer out of Wimbledon. Nadal will “try” to play 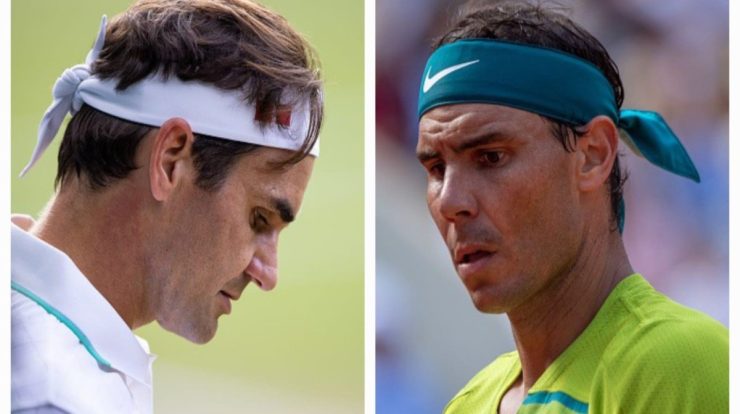 This week, the most traditional tennis competition begins: the Wimbledon Championships. With the seeds already set, fans already know the athletes who will be on the sacred lawn of the tournament created in 1877, in London, UK.

Despite expectations, the sport’s oldest major championship won’t have the biggest winner: eight-times champion Roger Federer, who is recovering from a knee injury. It will be the first time that the tennis player will not participate in the competition since 1999, when he was at Wimbledon for the first time in his career.

The 40-year-old regrets not being able to participate, but knows that a good recovery is essential to competing at a good level. The expectations are that he will return to the Laver Cup and in Basel to the ATP.

“I haven’t planned more than that yet. After all, after Basel, the season ends anyway. It’s important for me to get fit again so that I can train fully. After that, I can choose how many tournaments I play and where.”

Looking for a third major this year

Although he is not 100% physically due to chronic foot pain, Rafael Nadal held a press conference last Friday (17/6) to express that he would “try” to participate in Wimbledon.

“I intend to try to play at Wimbledon if there is an opportunity and I feel this week that it is,” he said. “Grass is a very difficult ground and I haven’t played on it for years,” he added. Despite this, he is excited about the possibility of seeking his third title in the competition. “I haven’t played Wimbledon in three years and I’m excited.”

It should be noted that the Spaniard has already won two of the four major championships on the track. If he wins, he will match Novak Djokovic’s achievement in 2021, who won three major tournaments.

The current champion of the main competition on grass, Djokovic is seeking not only a fourth championship, but the seventh Wimbledon title of his career. If he’s a champ, he’ll match the legend Pete Sampras and be one achievement away from catching Federer.

Although the tournament will not equate to points in the ATP rankings (because the organization has banned athletes from Russia and Belarus), the Serb sees the tournament as an opportunity to continue breaking the tags, which includes a chance to add 21 titles from the flagship over Federer’s 20-victory record.

Do you want to stay informed of everything that is going on in the world of sports and receive news directly on your cell phone? Enter the channel capital Cities In the cable And don’t forget to follow us Instagram!