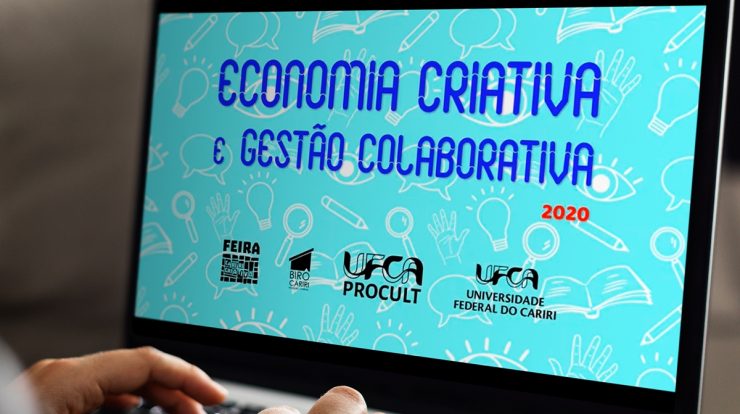 The Federal University of Cariri (UFCA), together with the expansion project “Sharing the Creative Economy” and the cultural program Feira Cariri Criativo, will offer the Cooperative Economics and Collaborative Management course. The course is an initiative linked to the project, which was created with the aim of promoting the socio-economic development strategies of creative entrepreneurs in the Kareri region, and promoting the creative economy in the region based on the principles of solidarity economy, cultural diversity, sustainability, inclusion and social innovation. Registration continues until August 30th.

The course is open to anyone who wishes to participate, without restrictions, and interested parties simply need to register on the platform. UFCA calls, with a total of 100 vacancies.

The cycle proposal arises from the concept of the creative economy, which has gained traction since the mid-1990s, when some countries, such as Australia and the United Kingdom, included it in their development strategy. It arises principally when one seeks to discuss means of development that go beyond purely economic growth, as it creates links between technology, culture, innovation, well-being, creativity, cooperation, and sustainability, among others. While its potential economic impact is not the focus of the issue, it is also notable. Moreover, it is supported by the principle of solidarity economy, which consists of cooperative, associative and cooperative labor; The creative economy has great potential for social impact.

The course aims to introduce the concept to the general public and encourage entrepreneurs to work collaboratively/collectively, with the main motive being to connect people around the topic. The total workload will be 32 hours and will be served between August 30th and September 29th. Completely free online, it will be available on the platform UFCA calls. In the end, every successful participant will receive a certificate.

For students, the course contains a brochure and video lessons. In addition, weekly orientation will be held with
Teachers, meetings with special guests. The initiative will be taught by collaborators Ranier Morero, Associate Professor at the Center for Applied Social Sciences (CCSA) at UFCA, Cleonísia do Vale, Associate Professor at the Interdisciplinary Institute for Society, Culture and the Arts (IISCA) at UFCA, Devi Cebra, student of the Public Administration and Social Administration course at the UFCA and Isabella Mendes, a civil engineering course student at the UFCA.