Horror movies and computer games have enjoyed a truly natural relationship that has left gamers electrified for decades. It’s one thing to watch horror movies but quite another thing to feel their impact while playing. From the Castlevania series to titles such as Dead Space and Outlast, we have seen computer games create a fully immersive experience for players. Even online casino lovers can enjoy horror slots. Let’s take a look at the top 15 computer games based on horror movies.

We have handpicked the best computer games based on their horror movies. Note that these games are not limited to your PC or desktop alone. They are quite flexible to be played with any other device. Keep on reading to choose the best ones.

The NES game is certainly not one of the best games ever made but when it comes to creating an intense and dreadful feeling, Friday the 13th nails it. The game gives off those ‘80s horror vibes that make it worth playing for anyone.

The asymmetric survival horror game takes place at Camp Crystal Lake. Players can play as frightened counsellors and as Jason Voorhees in his numerous incarnations. The game perfectly adapts all the elements including the tiniest details that made its film franchise stand out. You could try the Switch version on Amazon.

Theatres all over the world enjoyed endless action from Saw films from 2004 to 2010. It was not so surprising when its video game emerged in 2009. The game is set between the first and second movies. While on the game, players can assume control over Detective Tapp, who survived in the first movie, and through a series of massacres while hunting down Jigsaw. The exciting thing about Saw is the intense puzzles players have to solve. Your decisions affect the game’s ending. Although many gamers have complained about the control, it gets easier with more practice. Despite its sequel ending in a debacle, Saw is a game that deserves to be on this list by all ramifications.

Remember Freddy Kruger, the pop star from the 80s? Despite being criticized for long spells, NES seems to have created a nostalgic feeling among fans. The game has seen some cult following in recent years. Nightmare On Elm Street borrows its plot from Dream Warriors. The gamer takes control of a teen trying to find and destroy Freddy’s bones. 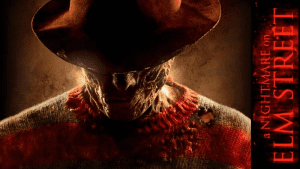 Despite the abundance of human characters, the shark was the star of the 1975 classic Jaws. During the Xbox and PS2 era, Jaws: Unleashed was released. The game allows you to control a shark. Your sole aim is to destroy. Although this makes the plot somewhat weak, the idea that you can cause maximum carnage and upgrade your shark to a sophisticated killing machine makes the game interesting and scary.

Mortal Kombat is one of the most successful horror franchises worldwide. Players can assume control of their favourite slashers as DLCs. Considering that there is hardly any other official horror icon fighting game, Mortal Kombat appears to be in the conversation as the most dependable franchise. The ninth entry allowed fans to play as Freddy Krueger with a unique backstory. Other games gave players the opportunity to play as Leatherface, a Predator, a Xenomorph, and even Jason Voorhees.

Imagine a pizza restaurant turning into some sort of evil lab. This indie point-and-click survival horror game unfolds at Freddy Fazbear’s Pizza. Each player has to be a night guard who protects himself against what looks like lifeless animatronic animal characters by tracking their movement with security cameras. These characters suddenly come to life and cause all the fear and paranoia that you could imagine. Although the gameplay at Five Nights at Freddy’s is pretty simple, it manages to remain exhilarating since you usually do not know where the characters are until they appear in your face.

The Amnesia series is one of the best survival horror series ever created. The Dark Descent takes you to the pinnacle of horror, leaving you feeling vulnerable. The clever puzzles, scary monsters, and mysterious sound effects make the game’s outdated graphics bearable.

In the game, players are chased by monsters with no means of defending themselves. This makes your wits more important than ever. Barricades and slamming doors help to slow down the beast. You are dead if you get caught by the monster. Due to the game’s electrifying nature, you might find your sanity being checked when you stay in darkness for some time. Justine expansion and A Machine for Pigs are the two other games in the Amnesia series. 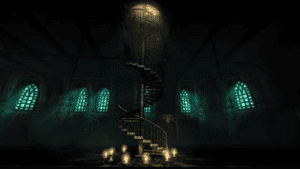 This Asian Horror game is definitely one of the most unsettling games you could come across. Mystical stories, monster movies, creepy imagery, and dark themes. This “period piece” is based on the White Terror martial law era, which took place in Taiwan in the 60s.

If you need an Eastern horror theme, tense imagery, and excellent acting, you would have a good time with Detention.

Who else needs a break from aliens and zombies? Outlast series turn horror right on its head by providing a gripping story and unsettling environments that add more tension in every possible way. Red Barrels Studio developed Outlast and Outlast 2. The earlier is set in an asylum while the latter takes place in a village in Northern Arizona. Players are in control of investigative journalists. The challenging thing about Outlast is that its characters are not so empowered. By not being fully fleshed out, its horror-based nature comes to the fore.

Created in 2017, Dead by Daylight is one of the most recent horror games on the list. The asymmetrical multiplayer game features teams of four playing in third-person. They must avoid a killer playing the game in first-person. The game has seen extra characters like Leatherface from The Texas Chainsaw Massacre, Freddy Krueger from A Nightmare on Elm Street, Pig Guy from Saw, and Michael Myers from Halloween added to its original characters. If you are a slasher fan, Dead by Daylight would certainly whet your appetite. The game has a straightforward premise, a variety of characters, and licensed killers available to buy. However, it might become repetitive for some people.

The Evil Dead series by Sam Raimi is easily one of the most amazing horror franchises of all time. Regeneration is a 2005 hack-and-slash game that gives you everything you are looking for in an Evil Dead series. Players take control of Ash Williams in an alternate reality where he does not go back to medieval times. Of course, you would find lots of Deadites and Sam the demonic sidekick. You can do whatever killing and abuse that suits you to find your way through the game. Regeneration is every bit bloody.

Sweet Home was released back in 1989 alongside its Japanese horror movie counterpart. The game has earned much praise for its intricate design where everything takes place in one mansion. The atmosphere is creepy and there are tons of tricky puzzles to solve.

Capcom has long said that Sweet Home was a source of inspiration when developing Resident Evil. Although the provider never released an official English language version of the game, you would find translated ROMs all over the internet.

Do you remember Chornobyl, the radioactive wasteland in Ukraine? The first-person game released in 2007 is based on the setting but with super scary radioactive mutants (plants and animals). The stage is set in an alternate reality. It is recognized for its very bleak atmosphere and open-world design. Just as in real life and the Chernobyl movie, the game has one of the eeriest and unsettling concepts. 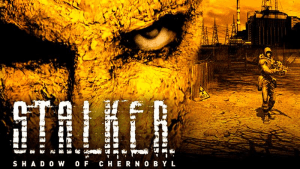 Silent Hill is a rather underrated horror game. The franchise has excelled as a psychological horror game, taking inspiration from the original movie. The series’ second title received worldwide critical acclaim. Silent Hill 2 remains one of the best video games of all time.

Players assume the role of a homecoming Alex Shepherd, a soldier who returns to find a mysterious fog encircling his street and his younger brother missing. You might be better off running away than fighting those enemies. The game’s visuals, narrative design, haunting music, and creative enemies all enjoy a seamless transition from the movie to the game.

The Alien Franchise has produced many games of different qualities over the years. However, Alien: Isolation stands out as the flagship, the best by a distance. The game creates an atmosphere that makes those Xenomorphs a lot scarier than in their first film.

The original film by Ridley Scott was created almost two decades ago. The game has only one alien and players are trapped on a ship. Players can control the daughter of Ellen Ripley, Amanda, who sets out to find out what happened to her mother as a xenomorph pursues her. The unnerving game gives the perfect antidote to the disastrous Aliens: Colonial Marines thanks to its impressive visuals and dark tone.

Casinos and horror games based on movies seem to be a match made in heaven. They complement each other adequately, taking the fun elements from each other to a completely new level of excitement. The remake of Resident Evil 3, which features a casino map is a typical example of this combo. As a result, online casino software providers have promoted their games by making the most out of these horror-based titles. The table below gives you the timeline of the development of casino games based on horror movies at a glance:

Having explored the most horrifying movie-based games you could lay your hands on, it is only befitting that we also talk about how to get them. Every gambler dreams of getting a mouth-watering no deposit bonus in a trustworthy online casino. If you are looking for where to register, deposit, and play your favourite casino games based on horror movies, you can go to the website https://www.slotozilla.com/uk/no-deposit-bonus.  Here you can find a variety of bonuses that can let you play any game you want for free, still having the chance to win some real money.  One of the most amazing things about no deposit bonuses is that they come in different forms, they are:

You can claim your bonuses through codes, via your email, or through the casino’s main page. All you need to do is to sign up and confirm your registration, go to the Promotions Page, and follow the instructions.

Horror is one of the most influential themes in the casino and movie industries. Just about everyone loves the thrill that comes with horror games on the computer. It even gets better with casino games as you can enjoy the theme and win real money at the same time.

The modern era of gambling and entertainment is well equipped and everyone can easily find his perfect match.