Home science The United States warns against travel to Israel, Portugal and Spain via the Delta version 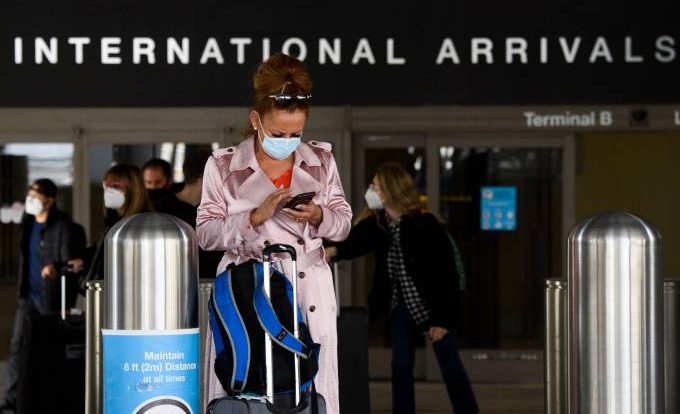 Hours after it was announced You do not intend to suspend entry restrictions “at this time” In its territory, the government United State On Tuesday, 27 countries added Spain, Portugal, Cyprus and Kyrgyzstan to the list of countries not recommended for travel. Due to the worsening of the Covid-19 pandemic, some regions, such as Israel, have undergone changes in the alert level in Washington.

Travel Notices were issued by the US Department of State based on recommendations from the Centers for Disease Control and Prevention (CDC). NS The CDC evaluates the risk of infection with the novel coronavirus based on five levels, ranging from unknown to low (1), medium (2), high (3), and very high (4).

Commenting on Spain, which has been raised to level 4, the foreign ministry said it was not recommending trips to the country due to Covid-19 and also called for more caution “due to terrorism and civil unrest”. For Portugal, the recommendation refers specifically to the epidemic.

In the case of Israel, the West Bank and Gaza, the CDC issued a level 3 warning, “indicating an elevated level of Covid-19” and urged unvaccinated people to “avoid any non-essential travel to Israel.”

On June 8, the Centers for Disease Control and Prevention (CDC) relaxed its recommendations for travel to 60 countries considered to be at very high risk due to the pandemic and included most members of the European Union.

However, on July 7, The United States has extended from month to year the validity of special entry permits for travelers from countries affected by travel bans due to the Covid-19 crisis, including Brazil and the Schengen countries.

Former US President Donald Trump imposed the passenger ban on the European Union in March 2020, at the start of the pandemic, and his successor Joe Biden maintained it when he took office in January.

Currently, the US bans entry to almost all non-US citizens who in the past two weeks have been in the UK, Ireland, China, India, South Africa, Iran, Brazil and the 26 European countries that make up the Schengen space. .

Last week, the US government said the country’s land borders with Canada and Mexico would remain closed to non-essential travel until at least August 21. On the other hand, Canada has announced that it intends to start allowing entry to fully vaccinated American tourists from August 9.