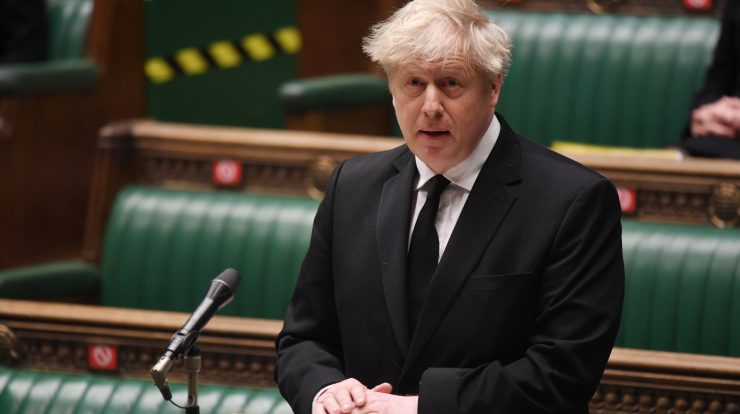 British Prime Minister Boris Johnson said on Sunday that the Taliban should not be recognized by both sides as the government of Afghanistan. He said it was clear the new government would be in place when Afghan President Ashraf Ghani left the country.

“We do not want anyone to recognize the Taliban on both sides,” Johnson explained. Thus, encouraging Western countries to work with Afghanistan through mechanisms such as the United Nations and NATO.

The Taliban are in talks with the government in the capital, Kabul, about who will rule the country.

Johnson continued, “We want as much as possible a united front with all like-minded people so we can do what we can to prevent Afghanistan from becoming a homeland of terrorism again.”

Taliban insurgents entered Kabul on Sunday and the US embassy said the capital’s airport had been attacked, where ambassadors, officials and other Afghans had fled.

“The (UK) ambassador works 24 hours a day and is at the airport to help process requests,” Johnson said.

Asked if he expected the country to fall into the hands of the Taliban, he replied: “I think it is fair to say that the US decision will be reversed soon.”

Separately, Russia on Sunday did not recognize the Taliban insurgents as Afghanistan’s new official, the state news agency RIA reported.