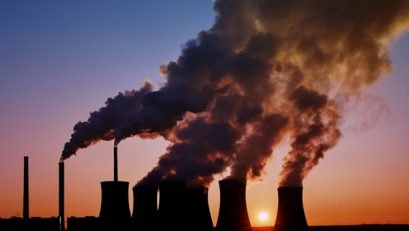 The economies of the richest countries will shrink by twice as much compared to the Covid-19 crisis if governments cannot handle rising greenhouse gas emissions. According to a new report, released this Monday by the non-governmental organization Oxfam (NGO), the G7 countries could lose 8.5% of their gross domestic product annually by 2050.

The annual cost of dealing with the effects of the climate crisis will outweigh the economic cost of the pandemic. By 2050, the G7 countries – the group of the world’s most industrialized countries – could lose an average of 8.5% of GDP each year (equivalent to US$4.8 trillion), double the 4.2% affected. The economic toll from covid-19, if climate change continues unchecked or reversed.

The findings were published Monday (7) in a new report by Oxfam, based on the investigation by the Swiss Re Institute.

The report warns that “the world could lose about 10% of its total economic value by mid-century if climate change remains on the current forecast path and if the Paris Agreement and net-zero emissions targets for 2050 are not met.”

Experts add that the G7 countries may experience an economic contraction of twice what they are now facing from the epidemic in the next thirty years if the global temperature rises by 2.6 degrees Celsius. Among the causes are losses due to heat and population health from extreme temperature changes, sea-level rise, droughts and floods, and reduced agricultural land productivity, which may hamper the economic growth of these nations.

For example, the UK economy could lose 6.5% annually through 2050 with current policies and forecasts, compared to 2.4% if the Paris climate agreement targets are met.

But there are countries that will suffer the most, including India, whose economy could shrink by up to 25% due to rising temperatures. Australia will also lose about 12.5% ​​of its production and South Korea risks losing nearly a tenth of its economic potential.

For this reason, Oxfam is calling on the G7 to set new climate targets in preparation for COP26. The leaders of the Group of Seven nations – the United Kingdom, the United States (US), Japan, Canada, France, Germany and Italy – and the European Union will meet in Cornwall (United Kingdom) next Friday (11) to discuss the global situation. The economy, COVID-19 vaccines, corporate taxation and the climate crisis.