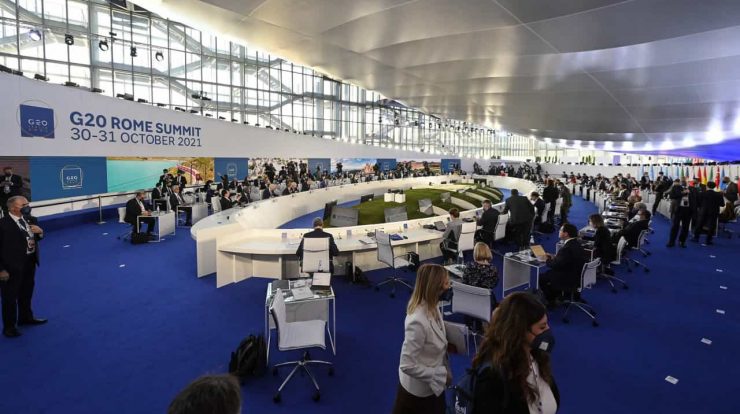 DrAccording to these sources, citing the Efe Agency, the leaders reached this historic agreement after four years of intense debate, with the goal of preventing large multinational corporations from benefiting from compliant tax systems by not paying taxes in the countries in which they operate.

The mechanism, to be adopted by 2030, follows the path already followed by the Organization for Economic Co-operation and Development (OECD), for a two-pillar system that addresses the financial challenges arising from the digitization and globalization of the economy.

The first pillar stipulates that the amount of the companies’ residual profit (which remains after the country in which the headquarters is located has charged the tax corresponding to 10% of the profit) will be shared between the countries in which the companies operate, while the second pillar sets a minimum tax of 15% For companies with a turnover of more than 750 million euros.

Last October 8, the Organization for Economic Co-operation and Development reported that 136 countries and jurisdictions out of 140 participating in the negotiations, representing more than 90% of global GDP, agreed that for the first pillar, the proportion would be the remaining 25%. Profit, until then a figure between 20 and 30% was discussed.

The sources cited by Effie explained that the agreement has now come up with fair, up-to-date safeguards and effective tax rules, which are also needed to stimulate investment and growth.

According to them, the Pillar 1 agreement includes a commitment to abolish taxes on existing digital services and other similar unilateral measures, as well as not to introduce new taxes of the same kind in the future, when the new rules come into force.

In this regard, Italy, Austria, France, the United Kingdom and Spain have signed an agreement with the United States on converting taxes on existing digital services into new international standards.

In the first session of the G20 Summit, the leaders also discussed the approval of the new issuance of Special Drawing Rights by the International Monetary Fund and the innovative mechanism for its reallocation.

The summit began today with a session devoted to the global economy and health and concludes on Sunday with a press conference by Italian Prime Minister Mario Draghi, who will summarize agreements reached on issues such as taxes, the pandemic, economic recovery and climate change.

The meeting was attended by the presidents of the United States, Joe Biden, of France, Emmanuel Macron of Argentina, Alberto Fernandez, and Brazil, Jair Bolsonaro, among other heads of state, as well as the head of the Spanish government. , Pedro Sanchez, as a permanent guest.

Read also: G20. Charles Michel warns of the challenges posed by the epidemic