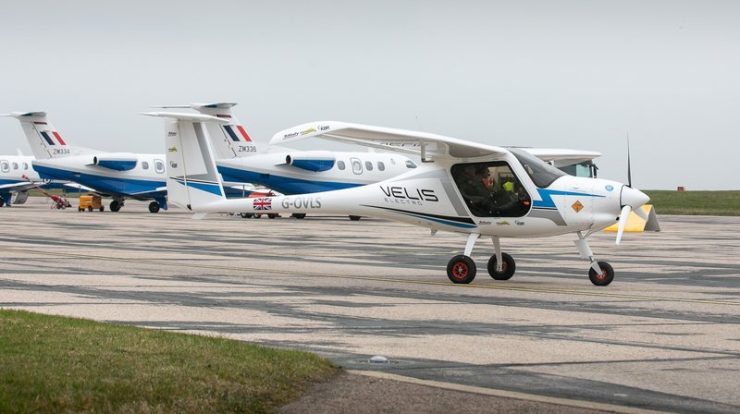 The UK Ministry of Defense is evaluating the use of electric training aircraft with the aim of reducing training costs and emissions.

Europe has increased pressure on carbon emissions from aviation, affecting even military operations. Although the Air Force’s own operation is controversial to the environment, at least transportation and training missions can be carried out by a zero carbon aircraft.

The experiments involved a small team of pilots from the RAF, Air and Space Warfare Center, who flew at two different locations to assess the Welis Electro’s ability to support the cadets’ basic primary training tasks.

Affinity is a private company created by a joint venture between the Elbit System UK and the KRP, which provides new solutions for the British Army.

The large-scale use of electric aircraft depends on the development of efficient mechanisms for charging batteries associated with the power generation and distribution network that make it possible to effectively exploit zero carbon emissions. Europe is still heavily dependent on thermoelectric plants, which use natural gas to generate energy. In addition to the environmental impact, Europe is still suffering from Russian natural gas-dependent pressures, which have made it one of Moscow’s most efficient weapons against the European continent.

See also  What could igaming look like in the metaverse?