Home Tech The Brazilian scientist who discovered the largest comet the universe has ever seen: “It was pure luck, a coincidence” 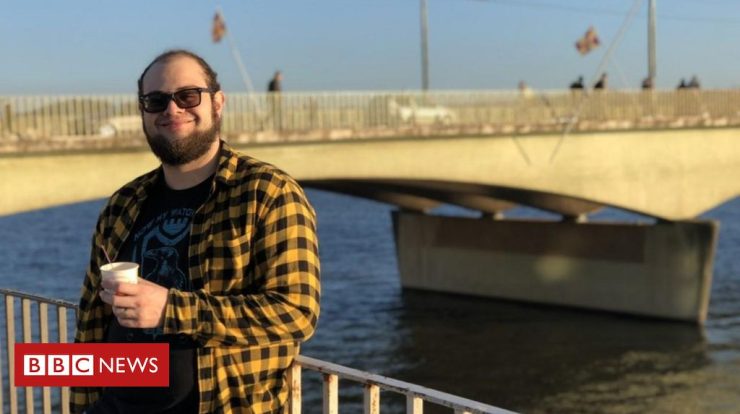 When he started his PhD in the United States, cosmologist Pedro Bernardinelli, 27, did not expect to find comets. “That wasn’t the idea,” he says. “What happened was real luck.” In April of this year, he found a massive star in a stream filled with data about objects scattered throughout the universe. But not only that: it was the largest comet known to mankind, about 2.5 times larger than the previous record holder.

Days later, then-comet C/2014UN271 changed his name to Bernardinelli-Bernstein, in honor of Brazilian scientist and doctoral advisor Gary Bernstein. “There was a name change process, but it took a few days,” he says. “They asked me to keep it a secret. It was a funny experience.”

The new star was already revealed for the first time in 2014, but there was little information about him. Until this year, it was just a speck of light in the thousands of images of the sky taken by telescopes observing the universe. That’s why the temporary alias, took a number. Now, from the Brazilian’s analysis, we know that it is about 4.5 billion years old and has a diameter of 150 kilometers (the distance between Rio de Janeiro and Cabo Frio or São Paulo and Bertiuga), which is the largest diameter ever recorded.

It’s also coming towards Earth, but you don’t have to worry. The data shows that the comet will reach its closest point to the Sun in January 2031, and will remain at a distance of 11 astronomical units (about 1.5 billion km, close to Saturn’s orbit).

“The joke I usually say: Saying this thing is heading toward Earth isn’t wrong, because it really is. But it’s the same thing as saying that, every time I receive my salary, my fortune approaches that of Silvio Santos. Technically, it’s true, But that doesn’t mean he’ll get there,” jokes the cosmologist.

The Brazilian is part of the Dark Energy Survey (DES), an initiative with university students from eight countries, including Brazil. Collaboratively, the group’s goal is to “map hundreds of millions of galaxies, discover supernovae, and find patterns of cosmic structure that can reveal the nature of dark energy that accelerates the expansion of the universe,” according to the initiative’s website.

Bernardinelli’s research and doctoral project had another focus: measuring the size of galaxies and the effect of dark matter on the universe.

But in an analysis of data collected over the past six years, he and other colleagues have begun to find some “trans-Neptune objects,” stars that lie outside the orbit of Neptune, the eighth planet in the solar system.

“The great blessing of these objects is that they are a kind of rubble from the formation of the solar system, they are debris that have been kicked away. And it is very useful to study them because using them, it is possible to reconstruct the history of the solar system.”

This year, Bernardinelli encountered a comet slightly larger and closer than Neptune while analyzing a table with thousands of numbers representing the stars discovered in images taken by telescopes.

“It was pure luck, coincidence,” he says. “He was right within the limits of what can be retrieved with data. It was very clear that it was something different.”

The comet quickly attracted the attention of the cosmic community because it is a typical star coming from Novim d’Ort, a region located at the far end of the solar system (after Uranus and Neptune) and presumably occupied by billions of bodies revolving around the sun.

The orbits of these stars are considered “eccentric”: they can get very close to the Sun and then become very far away. Most long-cycle comets from the Oort Cloud take thousands or even millions of years to complete this ring around the star.

Last year, a comet called C/2002 F3 (Neowise), coming from the Oort Cloud, could be seen from Earth during the summer in the northern hemisphere. It was a unique opportunity, because it would not pass through the planet again until after 6800 years.

The Bernardinelli-Bernstein trajectory, with its “flat” orbit, has a longer trajectory. “We know that it passed through the solar system about 3.5 million years ago and that objects like it were kicked in the Oort cloud 4.5 billion years ago. So we estimate that this is this age,” says the scientist.

The comet will have perihelion (when it approaches the sun) on January 21, 2031. “That’s when it gets brighter to someone watching from Earth,” says Pedro Bernardinelli.

The ten-year period of perihelion is a positive point of discovery, according to the cosmologist. “We’ve taken this object too far from the Sun, which isn’t always the case. We still don’t understand what comets do when they’re too far from the Sun. We have ten years to observe them, it’s a fantastic opportunity,” she says.

Starting in 2023, an observatory called the LSST (Large Universal Survey Telescope) in Chile, which aims to find objects in the universe, will begin taking pictures of the entire sky every three days. For the Brazilian scientist, the initiative will help to better understand the comet that bears his name. “The best way to describe it is that we’ll have a picture of him every three days, and we’ll have a movie of him moving around the universe,” he explains.

Pedro Bernardinelli was born in Itaqueira and raised in Villa Matilde, both located on the outskirts of the east side of São Paulo. “When the entrance exam arrived, I loved physics and computers, so I chose physics, because it combined the two,” he says.

He attended the University of the South Pacific and graduated in 2015. During his graduation, when he started studying the universe, a professor persuaded him to skip his master’s degree and try to get a PhD scholarship at some university in the United States. He obtained it from the University of Pennsylvania, where he joined the Dark Energy Survey.

The scientist says that the work of the cosmologist himself can be very boring. Therefore, the image of an ordinary person who discovers a comet that will destroy the Earth through a telescope in the window of his house is incorrect (as in the disaster movie). deep effect).

“That’s not how it works. In fact, you spend days and days looking at tables with thousands of numbers and trying to find something there. The job is basically processing the data in a supercomputer,” he says.

This is what happened with Comet Bernardinelli-Bernstein. “After the table, the verification process was spending hours and hours looking at black and white photos with a very faint ball in the middle to see what that thing was,” he explains.

“This is a very boring thing. I had to stop every half hour, open the window to rest my eyes, I was already seeing everything in black and white,” he says.

In recent months, Bernardinelli has begun pursuing a post-doctoral degree at the University of Washington in Seattle. Now, he intends to better study the comet that bears his name. He says there are many things to discover.

“We still don’t understand what comets do far from the sun. We are interested in knowing the processes that occur on the surface of these bodies, such as the melting of ice as the sun approaches,” he explains.

The cosmologist and other scientists also want to know how many such stars there are. He wonders, “This is the first comet of this size ever. But is it unique or is there another comet? How many such objects are there in the solar system?”

Did you know that the BBC is also on Telegram? Subscribe to the channel using the linkbelow