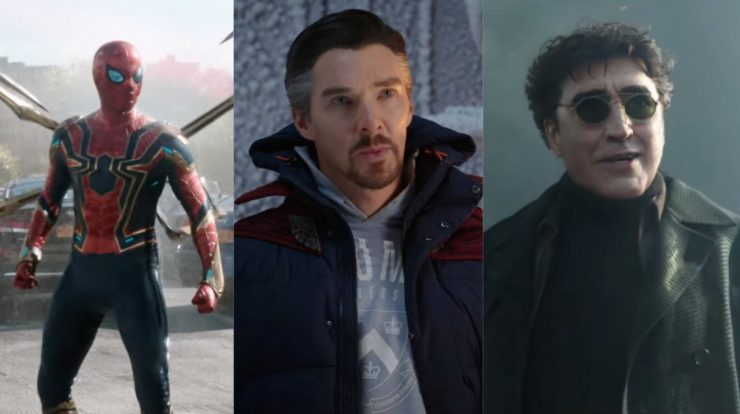 Are you ready for this moment? Because we are down to earth! On Monday (23rd), Sony and Marvel released the official trailer for the movie “Spider-Man: No Home‘, with the star Tom Holland Returning to the main role, Peter Parker. The preview was released on a panel at Cinemacon, in . format Las vigasIt shows the young man’s new struggles, after his secret identity is revealed to the world, along with the claim that he will be a killer.

The feature features another face known to Marvel fans: Benedict Cumberbatch, our Doctor Strange, who will serve as Peter Parker’s new mentor. However, the trailer also brought a lot of news, much awaited by fans: the return of characters from other versions of “Spider-Man”! For now, we’ve got a sneak peek at Alfred Molina, who played Doctor Octopus in the original trilogy. It’s a more realistic multiverse than ever, my people!

The film crew still includes Zendaya, Marisa Tomei, J.K. Simmons, Martin Starr and Jacob Batalon. True promise?! The trailer did not reveal these details, but after some rumors and the return of villains of different generations, fans are eagerly awaiting the possible meeting of the three actors who lived Spider-Man on the screen: Holland, Maguire and Garfield. Oh my God, is he coming?

John Watts, who directed the last two films for the hero, returns in the same role. “Spider-Man: No Back Home” is the third installment in the franchise with Tom Holland in the main role, after “De Volta ao Lar” (2017) and “Away from Home” (2019). The production premiere is set for December 16 in theaters and we’re already counting the minutes here. Watch the trailer: