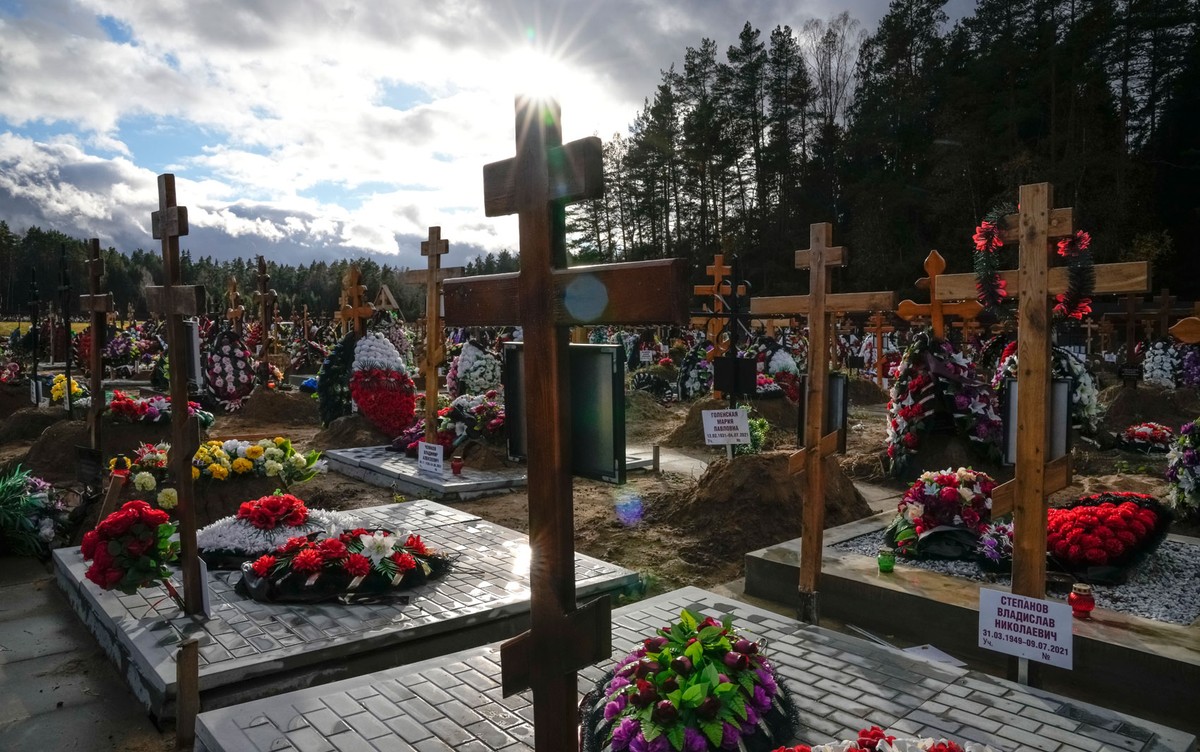 authorities Russia Friday (19) recorded a new record for deaths from complications of disease COVID-19 This was the third day in a row with more deaths.

The latest Russian government balance also indicated more than 37.1 thousand new cases of the disease in just one day.

The coronavirus has again spread across Russia – despite recent restrictions – thanks to low vaccination rates among the population of this continental country.

A doctor dressed in front of a hospital in Moscow, Russia, treats Covid-19 patients this Thursday (21) – Photo: Maxim Shemetov/Reuters

Just over a third of Russians have been immunized since the first national vaccine, Sputnik V, was launched in December 2020.

A failure that can be explained above all by the population’s usual distrust of the authorities.

Faced with the bleak scenario, the authorities were slow to react and imposed restrictive measures for fear of harming the already fragile economy.

Russia is the country hardest hit by the pandemic in Europe, with more than 9.2 million cases of Covid-19 and more than 261,000 deaths.