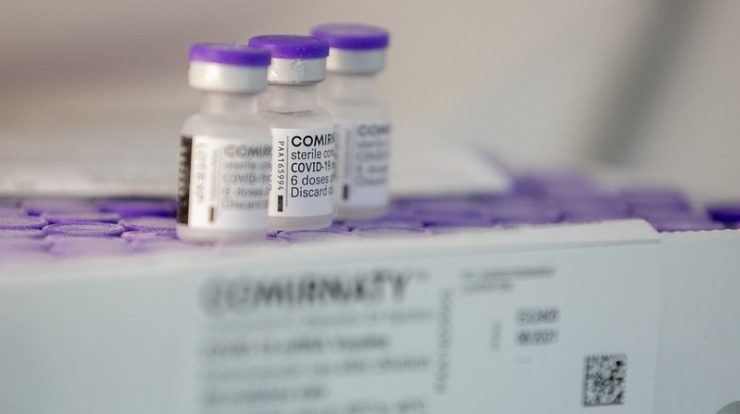 The UK Department of Health (PHE, its English acronym) has released the results of a study of more than one million people in high-risk groups. The agency found that the overall efficacy of vaccines against symptomatic Covid-19 in high-risk groups is about 60% after a dose of vaccination, for both Pfizer and AstraZeneca Indeed after the two recommended doses, the efficacy of the vaccines rose to 93% and 78%, respectively , in these at-risk groups, concluded this research, which was conducted on people between the ages of 16 and 64.

In people at risk aged 65 years and over, the efficacy of Pfizer’s vaccine was 87% and that of AstraZeneca 76% after full immunization. The British body recalls in a statement that age is the single largest risk factor for adverse COVID-19 cases in patients, but says that certain health conditions can also increase the risk of some type of disease.

In Paraguay, on the other hand, one million doses of the Pfizer vaccine donated by the United States are expected to arrive on Friday. Vaccines should represent a leap in the local immunization program, after the country has officially recorded more than 13,000 deaths. There are 217 stations installed across the country to start applications on Monday. The Paraguayan government aims to vaccinate 4.3 million people in a country of just over 7 million people.

In the Netherlands, the government is expected to re-impose restrictions on nightclubs, music festivals and restaurants on Friday, in response to a spike in COVID-19 cases among young people, according to local media. The country lifted most restrictions on June 26, but the picture has worsened again, with more than 7,000 records of the disease on Friday, from less than 1,000 the previous week.

Also in Europe, Germany declared the whole of Spain a risk zone for the virus, after infection rates in the country more than doubled in a week. There are fears of a delta-type spreading on the continent, especially among young people who remain vulnerable. This could be a setback for Spain, which aims to return to tourism to support its economy.

The European Union in 2020 recorded a total of 5.2 million deaths, an increase of 11% compared to 2019, the bloc’s official statistics agency, Eurostat, reported Friday. The number is the largest in the historical series, started in 1961, and affected by the epidemic, Eurostat itself commented. As a result, the population of the block saw a slight decrease last year.