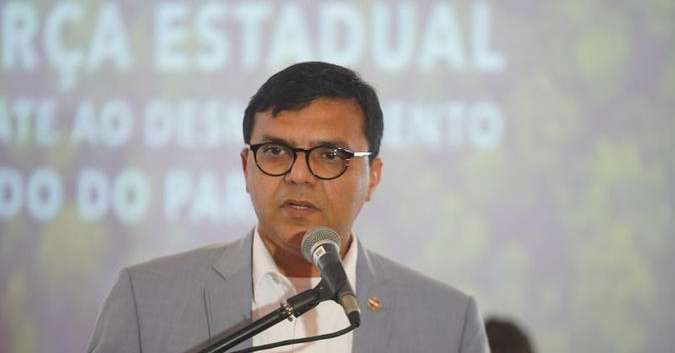 On Sunday morning (07), Governor Helder Barbalo participated in the General Assembly of the Second Coalition, an initiative of subnational governments aimed at reducing greenhouse gas emissions by 2050. Barra was announced as an active member of the coalition during the United Nations Climate Conference, COP 26, in The Scottish city of Glasgow.

The state was approved by the coalition’s steering committee in September, after Parra’s entry into the Race to Zero campaign. Parra becomes part of a new set of opportunities for subnational states. During the meeting, member states and regions of the Under2 coalition, led by the United Kingdom, shared actions to combat climate change.

“We are committed to this goal, including bolder intentions with the Amazon Now plan and the Pará Climate Change Forum, so that we can build sustainable solutions for our community,” the Governor of Pará stated.

Sub-Alliance 2’s General Assembly and COP 26 are important platforms for local governments to hear about climate change. It is an opportunity not only to share knowledge and experiences, but to showcase the laws and policies implemented by states, and to challenge the international community to play its part.

For Pará’s Minister of Environment and Sustainability, Mauro Ode Almeida, Pará’s joining the Alliance is the result of all the efforts made by the country over the past three years. “Barra was building a path to decarbonization, this year we joined the UN campaign, Race to Zero. The country begins to integrate a new global environment of nations discussing climate change as the focus of its priorities,” Almeida emphasized.

The Under 2nd Alliance is an initiative of local governments that aims to reduce greenhouse gas emissions. It was established in 2015 in California, under a Memorandum of Understanding signed between 12 jurisdictions. Today it includes 260 jurisdictions (states, provinces and municipalities), with 1.75 billion people in the world and a total GDP of US$34 trillion.

The Environmental Affairs Authority presents a long-term strategic vision. Its goal is to promote a reduction of at least 37% of greenhouse gas (GHG) emissions from forest conversion and land use, by 2030 – compared to the average from 2014 to 2018 – and from then on, with further support, to expand this performance to a 43% reduction by December 2035. The larger goal is to raise Barra’s status, from 2036, to a net-zero emissions stage, or LULUCF, or LULUCF sector (Segment LULUCF).

For Semas’ Director of Climate Change, Bioeconomics and Environmental Services, Camille Bemerguy, joining Under 2 makes effective government actions to ensure that these commitments are real.” We demonstrate our clear commitment to continue actions to reduce deforestation in the coming years. In addition to reducing deforestation We have identified the necessary actions to institutionally and legally structure the country towards a robust environmental and climate policy, in line with a carbon-neutral economic transition,” he explained.

While the Environmental Affairs Authority seeks to gradually reduce deforestation, it also aims to intensify plant regeneration in 5.65 million hectares by 2030, and through partnerships and additional support for local efforts, expand performance to 41 million hectares by December 2035, the figure representing Only 61% of the target set by Brazil under its Nationally Determined Contribution (NDC).