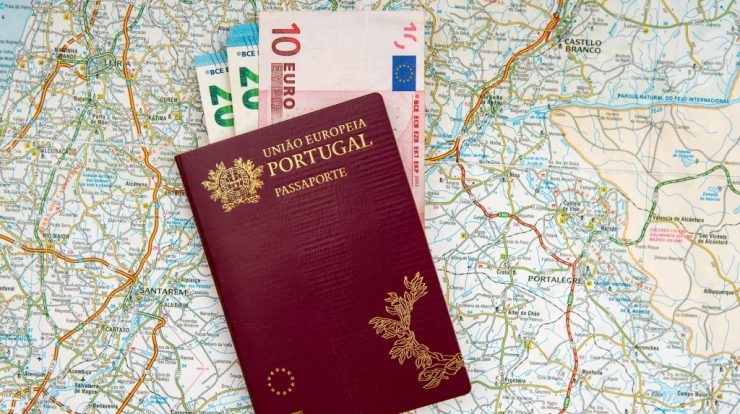 For most of its history the U.K has been an exporter of people and it is only since 1994 that immigration has exceeded emigration. The number of British citizens choosing to live abroad has risen steadily throughout the 21st century and for the year ending March 2020, 403,000 British citizens left the country to begin a new life elsewhere. Australia and Spain have long topped the list of emigration destinations, but increasingly Portugal has seen large numbers of U.K. citizens choosing to settle in the country. There are now 46,238 British citizens living in Portugal, which represents a 34.6% increase during the period 2019 – 2020 and makes them the second largest group of foreign nationals, after the Brazilians, living in Portugal. The Portuguese government issued 117,500 residency permits in 2020, 41,990 to Brazilians and 13,000 to U.K. citizens. So, what are the attractions that are drawing brits to Portugal? Here are some of the key factors.

Portugal is served by three international airports, each connected to around 120 European destinations, and you can be unfurling your beach umbrella in just three hours from London.

It’s the kind of climate that brits, weary of wet summers and endless grey winters, dream of. The Algarve gets 300 days of sunshine a year and winters are short and mild, all of which makes for an out doorsy, leisurely lifestyle.

This country has a 1000-mile coastline, and you don’t need to wear a wet suit to enjoy it. The 250 miles which comprise the Algarve are rated as some of the best beaches in the world.

Portugal has one of the lowest costs of living in Europe, it’s around 33% cheaper than the U.K. and the gorgeous climate means that rising fuel costs won’t hurt nearly as much.

Although Lisbon and the Algarve have become property hotspots in recent years, Portugal still has some of the cheapest inner-city property in Europe. Once you look beyond the well-known tourist areas, property becomes extraordinarily cheap. According to the property platform Imovirtual the average price of property in the ancient city of Guarda is just 111,000 euros.

Portugal has a rich cultural heritage, reflected in its outstanding architecture and art, and in recent years Lisbon has become one of the most exciting capital cities in Europe, with shopping, dining and entertainment to rival that of Paris.

Portugal is rated as the third safest country in the world, the U.K. comes in at number 57.

Not only is there a well established ex-pat community in Portugal, with plenty of support networks, but the Portuguese people are also welcoming, recognising the significant contribution that foreign investment makes to the economy. The Portuguese government also goes out of its way to encourage foreign business ventures and real estate investors.