Home Top News Only 200 truck drivers from other countries have applied for the 5,000 visas issued by the UK. 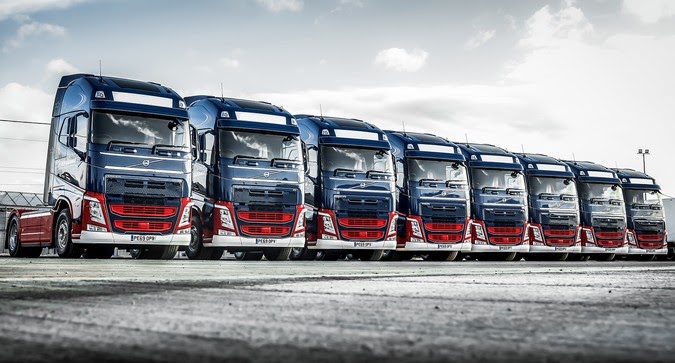 Towards the end of 2021 5,000 temporary visas were announced by the British government to mitigate the impact of the shortage of professionals and guarantee deliveries.

The growing shortage of truck drivers has become one of the biggest problems facing the UK in recent years. By 2021, factors such as food shortages at supermarkets, fuel shortages at stations and delays in year-end deliveries highlighted the severity of labor shortages.

Faced with a worrying situation that has had further repercussions in the media around the world, the British government announced a wide range of measures in September 2021 with the aim of attracting new experts to road freight. Among the key activities, we highlight the issuance of 5,000 temporary visas for truck drivers from other countries to meet transportation needs until the end of the year festive season.

Although it has made it easier for foreign truck drivers to open borders, in practice this initiative has not yielded positive and significant results because only about 200 professionals from other countries have applied for temporary visas, which is only 4% of what is expected. The lowest membership is confirmed by representatives of the British government, such as the Ministry of Immigration.

Factors such as short-term work (3 months) and unattractive working conditions (long hours and low pay) have been cited as reasons for the low participation and interest of foreign truck drivers. For British carriers, the bureaucracy and the potential increase in costs weigh negatively on the temporary hiring of drivers from other countries to other countries.

With the completion of the temporary visa scheme for foreign truck drivers, what will be the next steps to address the growing shortage of professionals? The latest data from companies linked to transportation indicates that there are approximately 100,000 drivers missing in the region.