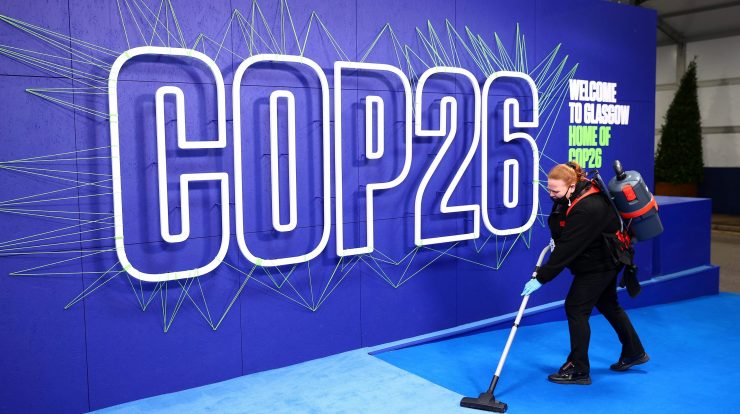 Given the pioneering spirit of Minas Gerais in becoming the first country in Latin America and the Caribbean to join the Race to Zero campaign, Governor Romeo Zima will represent Brazil at the opening session, on November 11, at the United Nations Climate Change Conference 2021 (COP26), Held in Glasgow, Scotland.

The conference, which began on 10/31, brings together world leaders to discuss effective actions to reduce greenhouse gas emissions and control climate change on the planet. The President of the Federation of Industries of the State of Minas Gerais (VIMG), Flavio Rosco, is taking part in the trip representing the industrial sector.

The 13-day COP26 meetings are divided into daily agendas, such as energy, finance, nature, land use, transportation and more. On 11/11, the Governor will engage in a debate on cities, regions, and organized places, with the goal of discussing and promoting actions that cities, communities, and regions are taking.

Besides the governor, there will be leaders such as the mayor of Istanbul, Ekrem Imamoglu, and the chairwoman of the Kenya Green Building Council, Elizabeth Chigi. It is time to show Minas Gerais to the world and position the country as a champion in actions in favor of the environment.

On the same day, the Governor shall accompany Secretary Marilia Melo’s participation in the Committee on Cities, Regions and the Built Environment. Invited to participate in the ‘Climate leadership for sub-national actors in the UK and abroad’ event, a set of cases will be presented containing actions and projects developed in the state, in partnership with Fimg and the Agriculture and Livestock Consortium of Minas Gerais (FIMG), With a view to a low-carbon economy, as well as related to measures to address and adapt to the effects of climate change.

The event will focus on cooperation between countries and sub-national regions, which is essential to setting and achieving global climate goals.

The race to zero

Race to Zero is a global campaign to bring together leaders with the goal of achieving net zero greenhouse gas emissions by 2050, which should limit the increase in global temperature to 2°C.