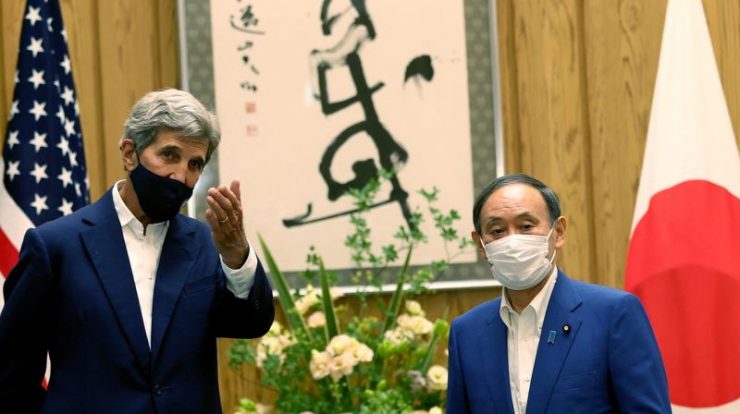 Japan and the United States have agreed to pressure China to increase its efforts and reduce carbon emissions, the Japanese foreign minister said on Tuesday (31) after a meeting in Tokyo.

The US State Department said ahead of the upcoming COP26 session, that US Special Climate Envoy John Kerry visited Japan on Tuesday to “strengthen bilateral and multilateral efforts.”

“We talked about our cooperation in efforts to reduce emissions from major polluters, including China,” said Japanese diplomatic chief Toshimitsu Motegi.

“China is the largest emitter of carbon dioxide on the planet, and it is also the second largest economy in the world,” Motegi added. “It is important that we ask him to take responsibility for this case,” he added.

Last year, Japan set a goal of achieving carbon neutrality by 2050. China set the target for 2060.

Kerry is expected to meet Japanese Prime Minister Yoshihide Suga on Tuesday, then visit Tianjin, in China’s northeastern region, where he will meet with a Chinese climate representative.

The COP26 climate conference, to be held in November in Glasgow, UK, will attempt to establish new commitments by countries in relation to reducing greenhouse gas emissions and finalize important outstanding issues from the 2015 Paris Agreement.

A tourist from Mato Grosso tries to save the men at sea, but drowns in Porto de Galinhas