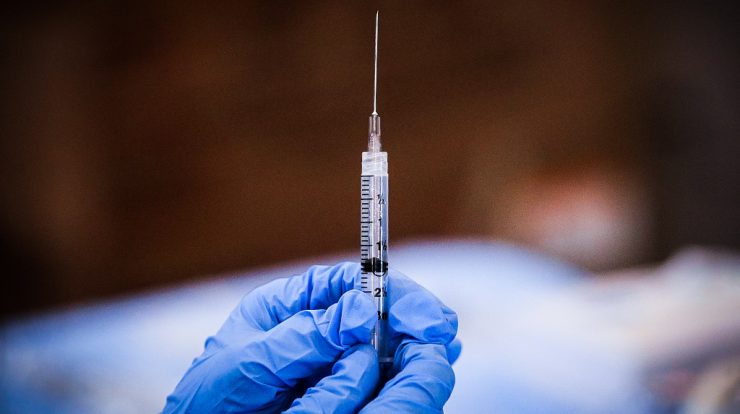 Or Chiba Hospital in Israel A clinical trial began Monday to test the efficacy of the fourth dose of the BioNTech/Pfizer vaccine against Covid-19. It will be applied to six thousand people, including 150 health professionals.

The first study of its kind in the world is being conducted in coordination with the Israeli Ministry of Health, which is awaiting results to start giving the fourth dose to people over sixty years of age who suffer from immune problems and health workers. , as recommended last week by the panel of experts advising the government on the response to the Covid-19 pandemic.

– This study will test the effect of the fourth dose of the vaccine on the level of antibodies, preventing infection and ensuring its safety – says Prof. Gili Regev Yochai, a Sheba doctor, on the outskirts of Tel Aviv.

The study was supposed to start 15 days earlier with a smaller group, but it was postponed because it did not get the necessary approvals.

It is hoped that this study will clarify the additional benefit of a fourth dose and lead us to understand whether and to whom it is worth giving a fourth dose – the doctor added to Agência Lusa.

After the Advisory Committee of Experts advised the start of the fourth dose campaign in Israel, Prime Minister Naftali Bennett promised to start the “plan immediately” to contain the fifth wave of the pandemic and the spread of the micron variable.

The start of the campaign was announced on Sunday but was postponed by the Ministry of Health, after reviewing preliminary data indicating that those with the Ômicron variant are between 50 and 70% less likely to be hospitalized than patients with the delta variant.

The Director-General of the Ministry, Nachman Asch, has not yet given the “green light” to start the fourth vaccination campaign. Still would like to look at the studies and data available to date, such as those by the UK’s Health Security Agency, according to which the micron variant produces less serious disease, although it spreads faster and is more elusive to vaccines.

Nachman Ash is expected to make a decision later this week, not ruling out rejecting the advisory panel’s recommendation.

Covid-19 has killed more than 5.39 million people worldwide since the start of the pandemic, according to the latest report from AFP.

The respiratory disease is caused by the SARS-CoV-2 coronavirus, which was discovered in late 2019 in Wuhan, central China, and currently with variants identified in several countries.

A new variant, Micron, classified as of concern by the World Health Organization (WHO), has been discovered in South Africa, but since South African health authorities raised the alert on November 24, skin infections have been reported. At least 89 countries from all continents, including Portugal.