Home sport “Everyone wants to be here,” Tite says of the Brazilians playing in England. 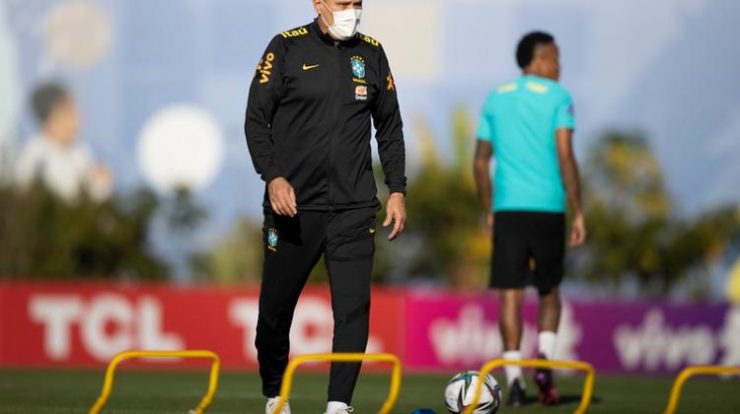 The Brazilian national team coach, Tite, said, on Wednesday, that the nine Brazilian players who play in England wanted to compete in the triple round of South American qualifiers for the 2022 World Cup, despite the opposition of the English Premier League.

“Everyone wants to be here, there were some other factors to prevent that from happening,” the 60-year-old said at a virtual press conference in Sao Paulo on the eve of the match against Chile in Santiago.

Tite did not go into these “factors” and did not express his opinion on the decision of the English clubs to prevent nine of their players from traveling.

The Premier League made the decision because upon return, players will have to comply with the quarantine imposed by the United Kingdom on South America due to the pandemic, which will deprive them of several matches.

However, Argentine and Colombian players joined their selections.

The qualifiers leaders were isolated with six victories in six matches, and Brazil lost several third-round holders, as they face Chile on Thursday, 2nd, and Argentina on Sunday, 5th, in Sao Paulo and Peru in Recife in the fifth of the tournament. next week.

To replace them, Tite has called up nine players, most of whom work in Brazilian football, who will join a base formed by Neymar, Marquinhos and Casemiro.

“There is a group of 40 to 50 athletes and we always keep an eye on them because they are high-level athletes,” he said.

The coach did not provide any clues about the starting lineup that will play in Santiago, but confirmed that he is looking for a “more offensive build-up” and a “greater creative process”.

“Our construction is sometimes very vertical,” he added.

If Brazil beat Chile, they would make their best start to the qualifiers, with seven consecutive victories, and would be very close to qualifying for Qatar, with more than half of the tournament’s matches remaining.

“Regardless of whether we set records for victories in the qualifiers or not, when we call up we always look to put in a good performance, which brings us closer to our goals. In this case, we seek to qualify as quickly as possible,” the coach said. Cesar Sampaio’s assistant.

The confrontation against La Roja will be the first for the team since losing the Copa America final to Messi in the Maracana last July.