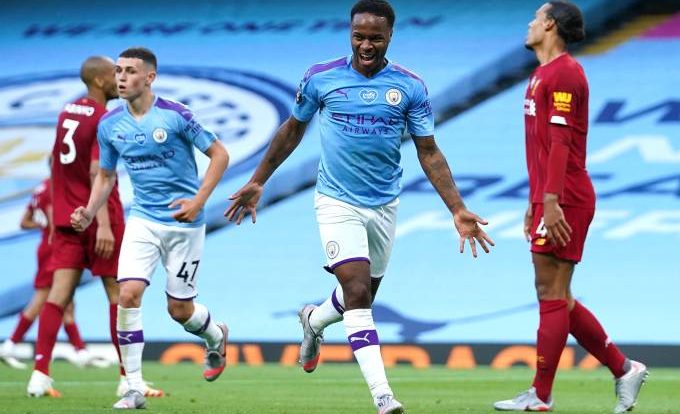 The UK entered its third lockdown on January 4th. The announcement, made by Prime Minister Boris Johnson, was intended to contain the escalation of daily records of COVID-19, over consecutive days with more than 50,000 new cases of the disease. Despite this, the English Championship And the national sport has no plans to stop.

While non-essential businesses have been closed and the movement of residents on the streets restricted, like the last shutdown, in November, football in the country will not be affected.

On the same day that the national blockade was announced, the Premier League organization announced the registration of 40 new cases of the disease in the last round, which took place between December 28 and January 3. The numbers include players and officials.

In December, three matches were already postponed due to a serious outbreak of the disease in the two teams: Newcastle and Aston Villa, on the fourth, Everton and Manchester City, 28, and Tottenham and Fulham, 30. In January, it was the turn of Burnley and Fulham. , which must be done on the last day 3.

“I play at 6 pm and we still don’t know if we will play. The best league in the world,” said coach Jose Mourinho via Instagram, minutes before facing Fulham. After the cancellation information, he spoke again: “I don’t want to talk about it too much, but it doesn’t look professional. But that’s the way it goes. We were preparing for the match and that’s cutting a work week.”

The critical chorus about insisting on maintaining competition has increased the number of cases. Newcastle manager Steve Bruce said it was “financially right but morally wrong” to continue playing football. The team was the first affected by the postponement of matches.

See also  Where to watch the UEFA Champions League

The word came during a press conference, showing that the strength of sponsors and other financial interests prevented a new sharp halt in the competition. “The speed with which we hit the virus, in a few hours, was amazing. It is difficult to contain and stop,” he explained.

On Thursday, a new outbreak of the disease caused the FA Cup match between Aston Villa and Liverpool to be suspended. Birmingham club have asked the FA for a delay, saying that “a significant number of first-team players and coaching staff have tested positive for Covid-19”. With the request denied, he opted to select under-23 players, without the main coaching staff.

“Aston Villa can confirm that the FA Cup third round match against Liverpool will take place at Villa Park tonight,” the club wrote on social media.

Several coaches, such as Sam Allardyce, of West Brom, and Nuno Espirito Santo, of Wolverhampton, have publicly called for a possible break in the season due to the increase in the number of cases. The federation did not respond, claiming that athletes and all professionals involved in matches are routinely tested.

Since the start of the season, nearly 200 people participating in the competition have already tested positive for the virus. Football in the country suffered only once last season, the same thing that put all other world championships on hold last season. Liverpool won the title in seven anticipation rounds.