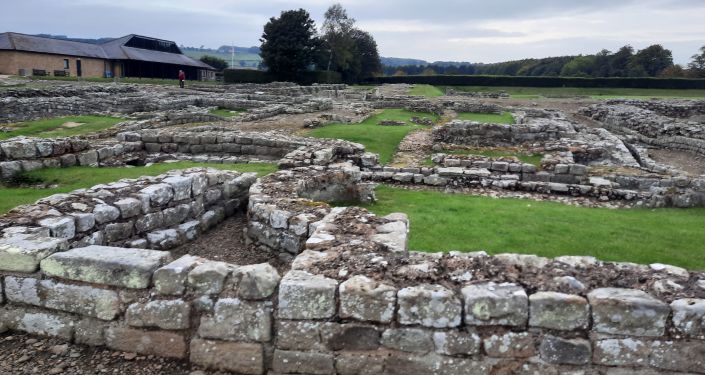 Three Roman statues, two of them complete, as well as a Roman vase, were found next to a church about 1,000 years old, which may have been built in an ancient Roman tomb.

Archaeologists in the UK have unearthed Roman statues during the construction of high-speed rail links. Reported Friday (29) Sky News Station.

Two statues of a man and a woman and the remains of a baby’s head and 3,000 bodies were found in a ditch around St Mary’s Church in Stoke, Montville, England, where they will be buried in a new location.

Archaeologist and doctor called the discovery “surprising.” According to Rachel Wood, “they really helped to change our understanding of the site before the medieval church was built.”

Discovered during high-speed train service at an abandoned church in Stoke-on-Trent, England

The objects were buried about 1,000 years ago, and Sky News reports that the church may have been built on an ancient Roman tomb. Materials were sent to the laboratory for expert analysis and cleaning.

More than 1,000 Roman jugs were found during a high-speed train service at an abandoned church in Stoke-on-Trent, England.

In July, during work on the HS2 railroad, more than 300 rare iron age coins were discovered in London, United Kingdom.