Home World Elections in France: Macron loses the majority in the Legislative Assembly with a “historic” defeat and the radical left and right advance | Globalism 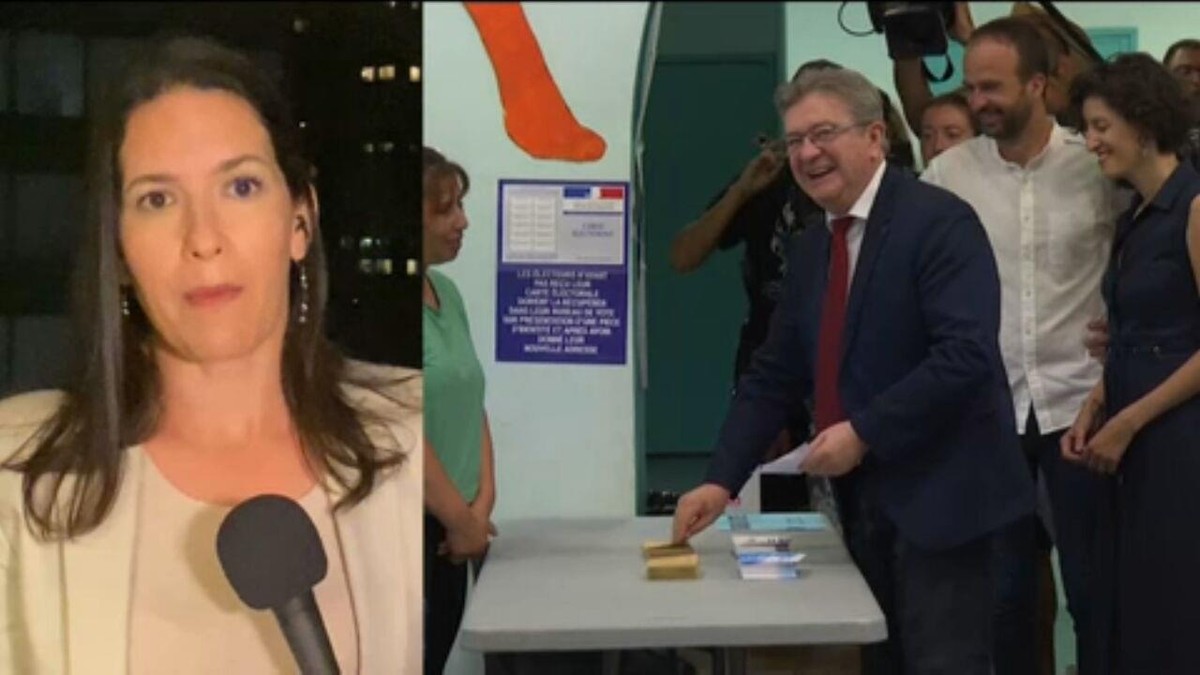 French President’s Alliance, Emmanuel Macronfailed to maintain an absolute majority in Parliament in the second round of legislative electionsplayed on Sunday (19/6) in an atmosphere of suspense due to the narrow results of the first vote that was held on 12th.

Official results have yet to be announced, but expectations are already giving an idea of ​​the new distribution of seats in the legislature.

Despite his centrist coalition, “Squad!” (“Together!”) were the most voted, Macron will need to seek alliances and will struggle to govern because Strong advances by the forces of the left, and above all from the radical rightin the opinion of experts.

After the release of the first projections on Sunday night (19/6), The country’s prime minister, Elizabeth Bourne, said in a statement on French television that she had never seen a National Assembly like the one taking shape now..

He declared that “the situation represents a danger to the country, given the dangers we have already faced at the national and international levels.” “We will work from tomorrow to build a majority.”

Emmanuel Macron, President of France, during a speech after a meeting of European Union leaders – Photo: Joanna Giron/Reuters

and the The first time that a newly elected president (re-elected in Macron’s case) did not obtain an absolute majority to govern.

A precedent actually occurred with the socialist François Mitterrand in 1988, but in different circumstances, since at that time he did not have a majority in the National Assembly, unlike Macron today.

Parliament was dominated by the right-wing opposition at the time, and Mitterrand called for new legislative elections, obtaining a relative majority.

The The French press described Macron’s defeat as “historic”.“.

According to Ifop forecasts issued after the polls closed, The centrist president’s coalition won between 210 and 240 seatswhich represents the relative majority. You must win at least 289 of the 577 seats in Parliament to gain an absolute majority.

The president will now have to confront the political forces that are vehemently and systematically opposed to all that the government has to offer.

Nupes, an acronym for the New People’s Ecological and Social Union, aThe coalition of the country’s main left forces, formed at the initiative of Jean-Luc Mélenchon, the leader of the French radical left, became the main opposition force, winning between 149 and 180 seats.According to the expectations of different institutes.

It’s a leap from the current legislature, where the left as a whole has fewer than 80 deputies. As the main opposition force, Nobis will chair Parliament’s important finance committee.

In the case of the Melenchon partywho came third in the first round of the April presidential elections, The progress is significant: out of only 17 current deputies, France’s InsubMESA will have, according to Ipsos estimates, 89 seats in parliament.. In a speech tonight, Melenchon declared that “the defeat of the presidential party is complete.”

But the progress that is considered historic and that was not expected with such percentages in the polls that preceded the vote is progress root right Marine Le Penwhich was the third largest political force in terms of voting.

The number of deputies of the National Rally Party to which you belong (National aggregation) hit by more than ten and It will go from just seven MPs currently to between 80 and 95, according to the Ifop Institute projections..

This is the second time in its history (the first in 1988) that Le Pen’s party will be able to form a group in the French Parliament, which requires a number of at least 15 deputies. The formation of the group guarantees more material and financial means, time to speak, but above all the right to introduce bills.

“This group will by far be the most numerous in the history of our political family. We have achieved our goal: to make President Macron a minority without a hold on power.”Le Pen announced Sunday after the estimates were released. It also promised to represent a “resolute but respectful opposition”.

The second round of this legislative election, like the first, saw a strong abstention, estimated at 54%, according to Ipsos. Young people and workers are more likely to abstain – in France, voting is not compulsory.

The strong duel between Macron’s centrist coalition and left-wing Nubians In the first round of this legislation, which resulted in a tie, with a difference of only about 21,000 votes in favor of the group! from Macron, He prompted the French president to launch pleas on the eve of the second round, warning that there would be “chaos” or “a blockade” of French political life if he did not get a “solid majority” in parliament.

Traditionally in France, the party of the president who has just been elected (in Macron’s case, re-elected in April) wins the legislative elections that took place after the presidential election.. This is interpreted as a vote of confidence in the new head of state, so that he can implement his government program.

But Macron is already facing strong opposition from voters, who have turned to extremist parties in the presidential election, which won more than half of the votes in the first round last April.

When he was first elected in 2017, Macron easily managed to secure an absolute majority in the legislature, with 308 deputies.although there was no deputy for his new party at the time.

Now, its acronym, renamed Renascimento (formerly República em Marcha), would win only about 150 seats, according to estimates. The difference, which will bring a total of 210 to 240 seats in Parliament in his favour, was conquered by the political forces in his coalition.

“It is a failure for President Macron. It is a massive regression and renunciation. This clearly shows that the French wanted to consent to the exercise of an authority that was seen as being exercised alone.. As well as their lack of confidence regarding various topics, such as pension reform, the environment and purchasing power”, stated Brice Tintorier, Director of Ipsos.

In order to govern with the loss of dozens of seats to achieve an absolute majority, President Macron will have to try to strike a deal with the traditional right of Republicans, in the opinion of experts. The party, according to expectations, won between 55 and 78 seats.

There is also the occasional joining of some socialists who opposed the agreement to form the Nubian Left Front. for violating the points of the Mélenchon programme, especially with regard to Europe.

Mélenchon advocates non-compliance with some EU treaties, in particular regarding the rules of the economy and budget.

The strong advance of the opposition forces indicates that the task will not be easy for the government. With only 17 deputies in the legislature that ends on Sunday, Mélenchon-stubborn France has been able to derail discussions, such as pension reform, in 2020.submitting more than 20 thousand amendments, practically identical, but this needs an individual analysis, with the aim of delaying the adoption of the bill, which was later withdrawn by the government.

However, there are doubts whether the Nupes, which includes France’s Insubmissive, Socialists, Greens and Communists, will remain effectively united after this election.

In addition to, National Rally of Marine Le Pen Government action must now be hampered by enhanced parliamentary means.

The lack of an absolute majority is likely to complicate Macron’s plans to implement pension reforms that would raise the minimum age from currently 62 to 64 or 65. The debate, which is open, is due to be presented to Parliament in September.

“It would be very difficult to govern France. What is the room for maneuver in a real country when there is an ambitious and energetic radical left and a radical right in the 20% range?” says political analyst Jerome Fourquet, director of opinion at Ifop and author of several books on French political life.

“We could have a second term for Macron similar to that of Jacques Chirac between 2002 and 2007, full of consistency”He adds.

“Guerrilla on the horizon” was written in today’s edition, Journal de Domingo, due to Macron’s difficulty in obtaining an absolute majority and the strong political opposition of the radical parties.

Fifteen Macron ministers ran for the legislative elections. The president had already warned that losers, such as the Minister of Health, Brigitte Bourguignon, would have to leave office. Prime Minister Elizabeth Bourne won the Calvados region and may remain in office.

The term of office of elected representatives begins on Sunday this Wednesday.