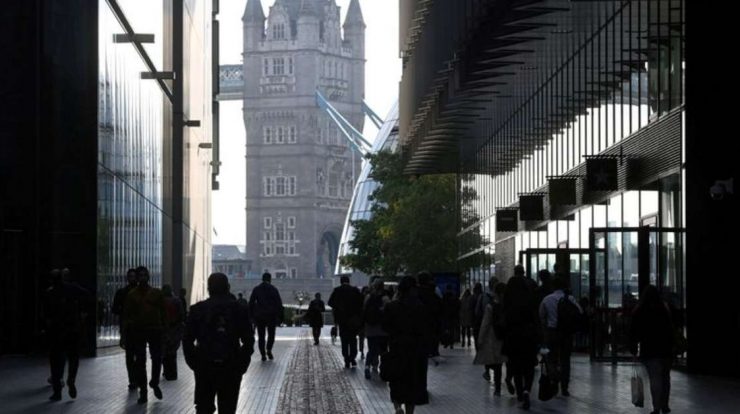 Britain’s economy grew more than previously calculated in the second quarter, ahead of what appeared to be a sharp slowdown recently as post-lockdown bottlenecks increased, including a shortage of truck drivers.

Gross domestic product grew 5.5% in the second quarter, the national statistics agency reported, versus an initial estimate of 4.8%.

The agency explained that the data has been adjusted to take into account the most complete figures from the health sector, as well as updating its sources and production calculation methodology.

The revision means that the UK is no longer the worst performer among the G7 developed countries when comparing GDP in the summer of 2021 (in the Northern Hemisphere) with its level at the end of 2019. Now the UK is tied to Germany and is now above Italy.

The data shows a more complete picture of Britain’s rapid recovery from coronavirus lockdowns this year, but there are now signs of losing strength due to shortages of supplies and employment as the global economy reopens.

“While the upward revisions to GDP are very welcome, the second quarter was three months ago, and the recovery appears to have stalled since then,” said Ruth Gregory, chief economist at Capital Economics.

Thursday’s data showed that households increased their spending by more than 7% in the April-June period and were able to access their savings to do so.

The GDP growth was attributed to services, particularly in the food and hotel sectors, whose output rose 87.6% q-o-q due to the reopening.

Industrial production rose 1.8% in the second quarter, despite the microchip shortage.