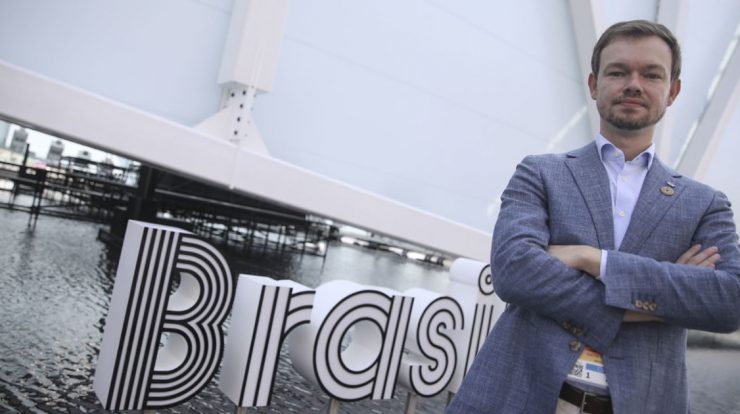 Expo 2020 Dubai, which has been postponed for a year due to the COVID-19 pandemic, kicked off on October 1 and will run until the end of March next year.

“These are the three pillars of sustainable development, an environmental pillar of course, but also a social and economic pillar. The central message (…) is that there is a need for a balanced approach to these three pillars, and it is necessary to think about nature and nature. Preserving the environment, obviously , but it is also necessary to think about people and their livelihoods,” said Rafael Nascimento.

And what does it mean that Brazil is represented in this region of the world? “This region is very important for the Brazilian economy,” concluded the pavilion director.

He stressed that this is because Dubai is a “center of international trade and investment”.

“We have tried to combine our participation in the exhibition and the promotion of the Brazilian image, but also with doing business,” the official said.

“In particular, in this moment following the pandemic, it is very important for all countries – I think there is also a symbolic issue there – to reunite all countries, to connect their minds for a better future,” he stressed.

Rafael Nascimento also highlighted the important role of the presence of Portuguese-speaking countries at Expo 2020 Dubai.

“I usually joke with my Portuguese speaking colleagues that we are the majority of Portuguese language contributors, but this is just a joke,” he commented with a smile.

This exhibition is an “opportunity for communication also between our two countries,” he said, referring to the recent organization of the Festival de Lusovonia, where countries brought representatives, and they played their shows to promote the Portuguese language.

Regarding the number of visits to the Brazil Pavilion, Rafael Nascimento said that on weekends the pavilion receives about 20,000 visitors per day.

“Our expectations are very good given the moment and efforts made by the host country to attract people to the fair,” he noted.

“We are also fortunate to have an open pavilion that allows social distancing, as well as natural ventilation, which is very comfortable for visitors to make their visit, and to communicate with Brazil in a safe and enjoyable way,” the official said.

According to the organization, 17% of the total visits came from outside the country, which it considers “remarkable” given that the world fair is being held while many countries are still imposing travel restrictions due to the pandemic.

According to the data, the fair had 185 nationalities on its portals, and India, Germany, France, Saudi Arabia and the United Kingdom were among the “Top 5” international visitors.

This is the first time in the history of the World Expo that each country has its own pavilion – 192 in total.

For example, the Saudi Arabia Pavilion, one of the largest pavilions of Expo 2020 Dubai, has already attracted half a million visitors.