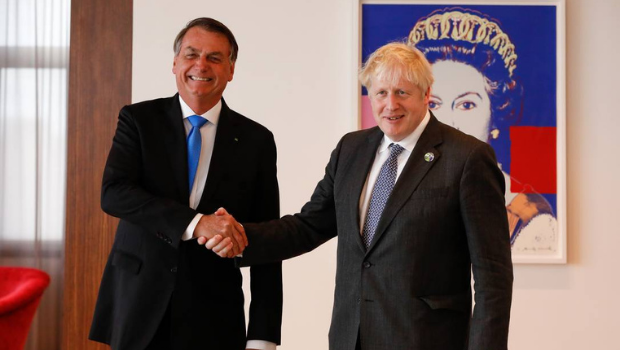 In New York, President Jair Bolsonaro (non-party) today attended the United Nations (UN) General Assembly, along with British Prime Minister Boris Johnson. The two were going to talk, and when the minister said he had already been vaccinated, Bolsonaro was laughing and declaring that he had not taken the vaccine against Covid-19.

While Boris Johnson highlighted the importance of the AstraZeneca vaccine, developed by Oxford University in England, and claimed he had already taken both doses, Bolsonaro laughed and said he had not been vaccinated. The then Prime Minister had recommended that the President of Brazil be vaccinated. He would tell Bolsonaro: “Vaccines save lives.”

The two would also talk about other topics, such as the economy, the environment, and donating a vaccine to poor countries. “We can do a lot together,” Boris said in a video posted by Palacio de Planalto.

The British minister also said he noted that Bolsonaro was one of the first leaders to congratulate him when he was chosen for the position. He also said he plans to visit Brazil when the pandemic is over. “But we are working together, Brazil and the United Kingdom, for vaccines,” he concluded.

See also  Guedes, on unexpected budget spending: 'There is smoke in the air'