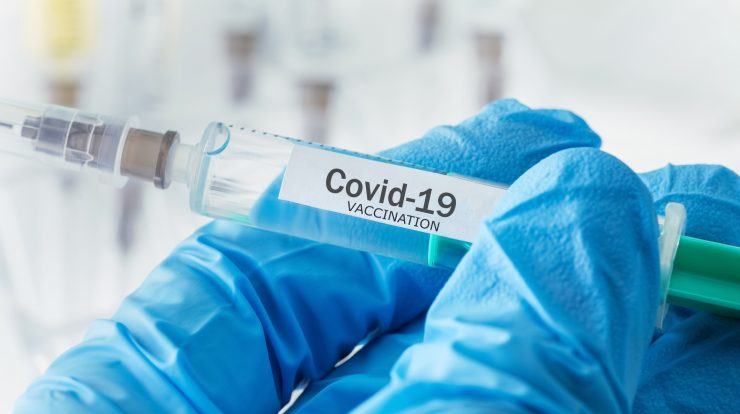 VIENNA (Reuters) – The Austrian government will impose a ban on people not vaccinated against the coronavirus from Monday as winter approaches and infections mount in Europe, while Germany imposes stricter limits on circulation and the United Kingdom expands the application of the booster vaccine to young people.

In recent weeks, Europe has once again become the epicenter of the pandemic, prompting some countries to consider reimposing restrictions in the lead-up to Christmas and fueling debate over whether vaccines alone are enough to tame Covid-19.

The arrival of winter in the northern hemisphere worries authorities, as the virus spreads most easily in the colder months, when people congregate indoors.

Last week, Europe was responsible for more than half of the average infections worldwide and nearly half of the recent deaths, according to a tally by Reuters. These are the highest levels since last April, when the virus was at its initial peak in Italy.

Governments and companies fear that the prolonged pandemic will hamper the still-fragile economic recovery.

Austria’s conservative government said about two million people in the country, out of about nine million, are now allowed to leave their homes only in some cases, such as commuting to work or shopping for essentials.

But there is widespread skepticism, including among governors and the police, about how the blockade will be enforced – it will be difficult to check, for example, whether someone will work, what is allowed, or is going shopping for non-essential things, what is not.

“My goal is very clear: to get vaccinated, not to catch the unvaccinated,” Chancellor Alexander Schallenberg told ORF radio as he explained the blockade announced on Sunday.

The goal is to contain outbreaks of new infections, fueled by the overall vaccination rate of only about 65% of the population, one of the lowest in Western Europe.

The German federal government and leaders of Germany’s 16 states are expected to discuss new measures this week.

Three health ministers in German states have called on the negotiating parties to form a new government to expand states’ authority to implement stricter measures, such as banning or closing schools, as the seven-day infection rate of Covid-19 hit record levels.

Chancellor Angela Merkel urged unvaccinated people to reconsider their decision in a video message on Saturday.

“Tough weeks lie ahead, and you can see that I am very worried,” Merkel said in the weekly video broadcast. “I urge everyone who has not yet been vaccinated to reconsider.”

France, the Netherlands, and several countries in Eastern Europe are also facing outbreaks.

Britain is expected to provide booster doses of the vaccine to people aged 40 to 49 to boost deteriorating immunity ahead of the coldest winter months, officials said on Monday.

Currently, all people over 50, clinically at risk, and frontline health professionals are eligible for boosters.

British Prime Minister Boris Johnson said he did not see the need to move to a “Plan B” mandate for masks and passports for vaccinations, although he warned of a surge in infections in Europe.

“We’re sticking with Plan A,” he said in Monday’s broadcast. But what we definitely have to realize is that there is a contagion storm in some parts of Europe. There is always a danger that a new wave will come from the east as the months get colder. The best protection for our country is for everyone to come forward and receive your reinforcements.”