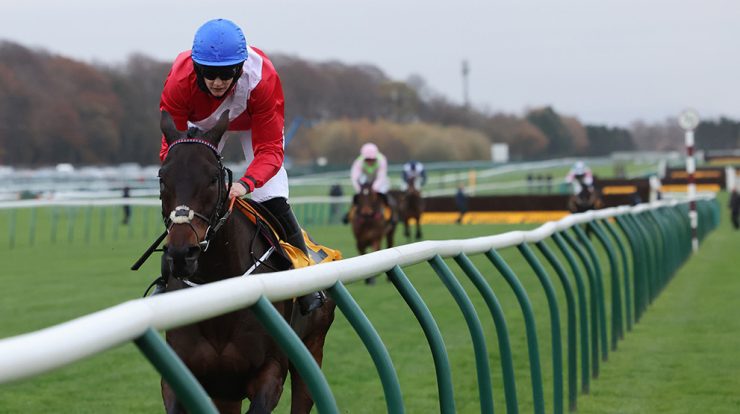 Last season’s Cheltenham Gold Cup runner-up A Plus Tard made a successful return to action with victory in the Betfair Chase at Haydock. Henry de Bromhead’s chaser blew his rivals away at the Lancashire course, prevailing by 22 lengths.

It was the Irish horse’s third Grade One victory over fences and it’s a win that will give connections a lot of optimism about the season ahead. The primary aim will be a return to the Blue Riband event of the Cheltenham Festival in March where they will be hoping their runner can go one place better.

At the age of just seven, A Plus Tard remains open to improvement over fences. He has appeared 12 times across the UK and Ireland over timber. It was a light campaign for the horse last season, with just three appearances.

The Betfair Chase winner is now the +300 favorite in the odds on horse racing for the 2022 Cheltenham Gold Cup. He became the first Irish-trained winner of the Haydock contest, and it may tempt connections to return to the UK before the Festival in March.

Blackmore Likely to Have a Dilemma

Rachel Blackmore has one of the popular horse racing tips for the Irish Champion Jockey title this season. It has been an incredible year for the Irish rider, as not only did she prevail in the 2021 Cheltenham Gold Cup on Minella Indo, she also became the first female jockey to win the Grand National.

Blackmore partnered A Plus Tard at Haydock where she gave him an excellent ride. She is likely to have a tough decision to make at the Cheltenham Festival as she will have to choose between the horse she rode to success 12 months earlier or the Betfair Chase winner.

Both of de Bromhead’s runners will have an excellent chance at the Festival,  as they proved back in March that they enjoy the test Cheltenham provides. The two chasers were powering up the hill at the end of the 3m2f contest.

A final decision from the Irish rider is likely to be made on the eve of the meeting. Blackmore will get the chance to ride both horses more than once this season. She will then be able to assess who she feels has the best chance.

The defending champion Minella Indo made his seasonal reappearance at Down Royal earlier in the campaign. He was only able to finish third in the Grade One contest which was won by Froden. The eight-year-old is likely to improve on that performance when he next appears. He has an entry in the King George VI Chase at Kempton on Boxing Day.

Last season’s Marsh Novices’ Chase winner Chantry House could be the biggest threat to de Bromhead winning the Cheltenham Gold Cup for a second straight year. He was successful on his opening assignment of the new campaign when scoring in a Listed race at Sandown.

Nicky Henderson’s chaser won two Grade One races last season and has now stepped out of novice company. He has just one defeat over fences in what has been an impressive start to his chase career.

Former Champion Trainer Henderson has won the Cheltenham Gold Cup with Long Run and Bobs Worth, so he knows how to prepare a horse for the most prestigious race of the season in National Hunt racing. He will be hoping his latest stable star can follow in the footsteps of those great horses from the Seven Barrows stable.

Two-time Cheltenham Gold Cup winner Al Boum Photo is also likely to have another shot at the Festival race next year. Willie Mullins’ runner was successful in 2019 and 2020 but had to settle for third place back in March.

Only four horses in history have been able to win the Cheltenham Gold Cup three times, so Al Boum Photo would add his name alongside some of the greatest chasers of all time if he can complete his hat-trick this season.

A Plus Tard has put down an early marker in his division but with so much racing still to come this season, there will be plenty of opportunities for his rivals to showcase what they are capable of.